It's clearly never too early to talk about next season.

The ACC released its 2014 football schedules Wednesday, an annual affair that always draws excitement beforehand and irritation shortly afterward. Fans are always extremely excited to fill out their calendar and make plans for the coming season, until they see that their team has a nasty stretch early/late in the season and bye weeks in extremely inconvenient places.

Luckily, that obvious conference bias against every team in the conference can be somewhat counteracted by strategically scheduling out-of-conference games, as you'll see Georgia Tech has. Last year, the Jackets played OOC games August 31 (Elon), October 12 (BYU), November 23 (Alabama A&M), and November 30 (uga), with the conference scheduling bye weeks September 7 and November 9. Many fans felt slighted, having a bye week after playing FCS Elon in Week 1 and not again until having played 8 more games (including 7 ACC games and a trip to Provo, UT).

Given those issues, Tech was much smarter about the scheduling of out-of-conference games this year and it would appear that the schedule sets up more favorably this time. So, without further ado, here is Georgia Tech's 2014 football schedule.

Here is the full schedule grid, for those curious. 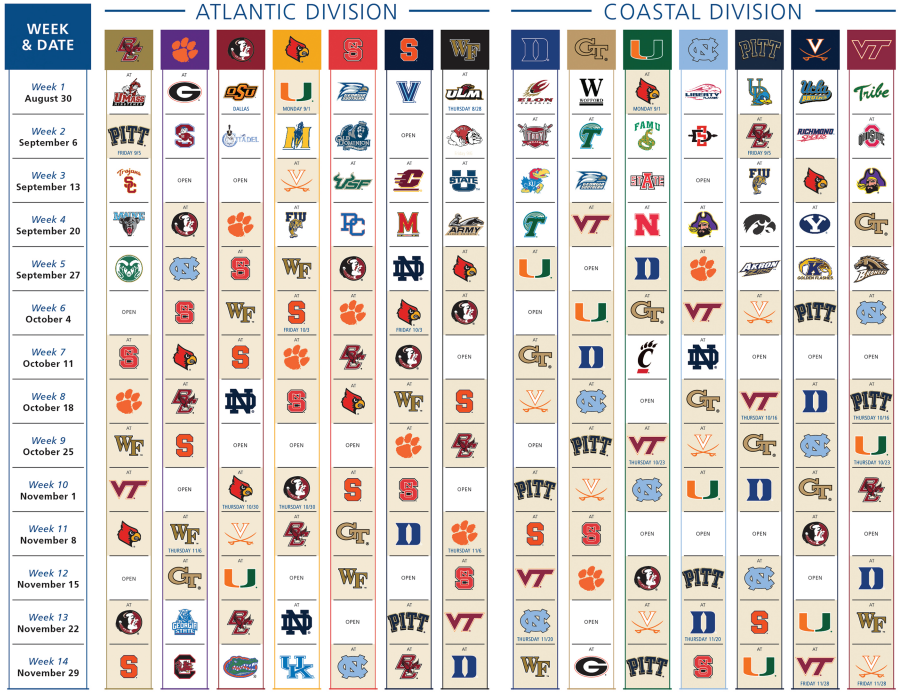 Thoughts on this year's schedule for Georgia Tech? Does it work out favorably for the Yellow Jackets? Which games will you plan on being at?