The Week that Was for Georgia Tech's Opponents: Week 11

Checking in on our opponents' performance so far this year with some advanced statistics.

Share All sharing options for: The Week that Was for Georgia Tech's Opponents: Week 11

Busy week so this will be a quick one, sorry! 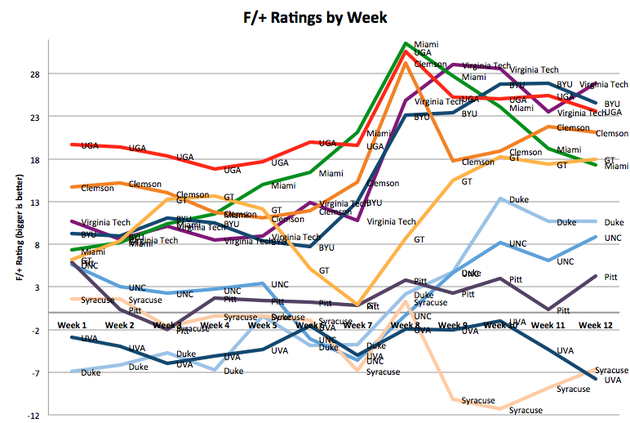 What do you guys think? Any observations? Sorry about the light content but its a busy week at school and a short game week, feel free to leave your own analysis or observations.