Duff'd It! Rankings and Other Accolades: Let's find George O'Leary a spot to hang his retirement hammock

Share All sharing options for: Duff'd It! Rankings and Other Accolades: Let's find George O'Leary a spot to hang his retirement hammock

You ever taken US-31 from Indianapolis to South Bend?

It's long. It's boring. You will drive for miles between exits, which consist of stoplights if they don't simply have a flashing light.

And as I drove that road back to Indy from South Bend in the dead of night after watching a frustrating Georgia Tech loss to Notre Dame, I could only think of one thing:

5. Georgia Tech. You won't have to worry about high expectations any more this season, Yellow Jackets! Not only did you look completely lost on offense against Notre Dame, you also committed the worst of all Georgia sports sins: you let Brian VanGorder win.

4. Texas. Let's focus on the positives, Longhorns - Steve Patterson, your AD that no one liked, is finally gone! He was a jerk who pissed everyone off, and now he's someone else's problem! Focus on things like that, and not on things like losing to Cal by a point because you missed a potential game-tying PAT.

3. Nebraska. Look, Cornhuskers, when your opponent offers you a chance to win the game, and then giftwraps you the game, and then puts that giftwrapped game on the table and tilts their head toward it as if to say "take it!", they're giving you the game! Why would you pick it up, hold it for like thirty seconds, and then say "nah, you keep it"? Generosity like that isn't as common as you think in Miami.

2. South Carolina. "I'll tell you what about Georgia, they sure seem to be excited about beating a team that lost to Kentucky," Steve Spurrier says at his weekly press conference. "If that's how they are over this game I guess they'll pee their pants if they beat a team that's actually any good. That's a big if, of course."

1. Alabama. PAWWWWWWL WE'RE BETTER THAN MISSISSIPPI IN EVERYTHING I CAN'T BEAR TO LOSE TO THEM IN FOOTBALL TWICE IN A ROW THEY'RE GONNA START SAYING "AT LEAST WE AREN'T ALABAMA"

RED AN BLACK ARE THE DEVIL'S COLORS YOU KNOW

Honorable mention: UCF. Those George O'Leary retirement rumors you hear at the beginning of every season might actually turn out to be true this year after opening 0-3, with losses to FIU and Furman. Yes, your 2014 Fiesta Bowl champions - the first 2014 Fiesta Bowl, not the second one - have notched a loss to an FCS school less than two years later. O'Leary is definitely not NOT considering retiring to Disneyworld at this point.

Bozo of the Week: Bret Bielema. Bert is the head coach at Arkansas, and he just got his ass kicked by Texas Tech this weekend. This is not news to you, as you heard about him getting his ass kicked by college football's dreamiest coach, Kliff Kingsbury, who kicked Bert's ass. Kingsbury was more than happy to let you know he kicked Bert's ass, and to remind you that Bert's ass was kicked last week by Toledo, and to inform you he will likely get his ass kicked again this weekend by Texas A&M. As long as Bert is around, there will be an ass in Arkansas that needs kicking, and Kliff Kingsbury is happy to be your front line reporter on this issue of Bert getting his ass kicked.

Go, football! Break free from these mortal chains! You're too good for this sinful earth and for Jeremy Johnson's derpy hands.

Hey, Georgia Tech physics 1101 professors! I found your next test question! Calculate the momentum of player 10 for Kansas State after bouncing off a dogpile of players with mass m. 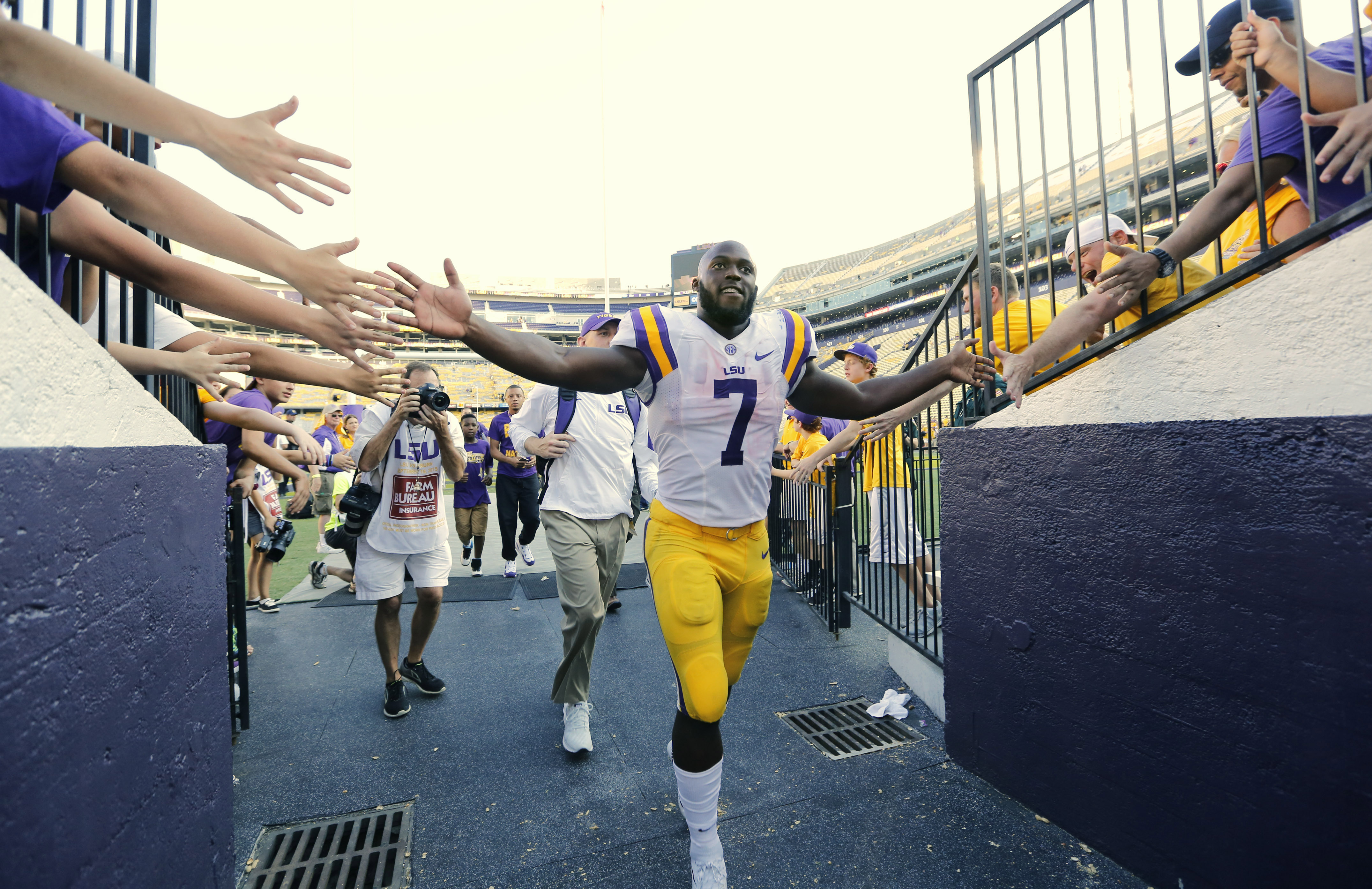 Leonard Fournette is not fair. Here he is, flaunting his football cheat codes. There he goes, amassing 228 rushing yards and three touchdowns on 19 carries, because his difficulty setting is always set on "Heisman". And there he is, adding a catch for nine yards because why not find another way to embarrass you?

So congratulations, Leonard Fournette! Your EotMotW award comes in the form of this Nintendo 64 cheat codes book from Prima! No, it won't make you any better at football (as if that's possible), but it will help you cruise through Duke Nukem 64.