Duff'd It! Rankings and Other Accolades: We're Pretty Sure Everyone is Bad at this Point

WE'RE OKAY WITH THIS BECAUSE IT'S WAY MORE FUN THAT WAY

Share All sharing options for: Duff'd It! Rankings and Other Accolades: We're Pretty Sure Everyone is Bad at this Point

Yes, my team is bad. But guess what: your team is probably bad, too! Just look at last weekend's results: four of the top ten teams lost. Four! This is bad for the playoff committee, but it's good for the Duff'd It! committee. We're already starting to hear comparisons to 2007, even! What a time to be alive that was. I can only hope this season is headed down that weird, weird, path.

5. Ole Miss. Thank you, Florida, for saving America from having a top 5 team from the state of Mississippi. That was a close call. I was not prepared for the possibility of such a team ruling over the college football landscape.

(Yes, I know last year there was talk of TWO Mississippi teams making the playoff. That was a miserable week and a half.)

4. Nebraska. Hi, Mike Riley! Here are some simple steps to make sure you don't lose to Illinois again in the future:

3. Tennessee. My reaction when my football team out-Berts Bert and we have to play a really unhappy Georgia team a week from now.

2. Georgia. Shhhh. Return to your slumber, Dawgs. You didn't really lose to Alabama 38-10 at home. You're just dreaming. Sleeeeeeeeeep.....

1. Wisconsin. You've gone and done it now, Badgers. You let Iowa beat you their way - without offense, touchdowns, hope, or fun - and now they're probably going to win the B1G West. And when that happens, it will have been all your fault. I hope you're happy.

Honorable mention: Miami. The U is back to saying they'll be back next year. Once they fire their coach and their fans stop having to pay for "FIRE AL GOLDEN" banners, that is.

Perma-Duff'd: Texas. We can't keep meeting like this, Longhorns. You're 1-4, and it's fun to poke at a powerful program that's currently struggling. But losing 50-7 to TCU is just depressing. The Horned Frogs have moved back into your neighborhood, kicked you out of your home, and they're about to steal your cable channel. Look for HFN to replace LHN on your cable package starting this week!

UCLA punter Ka'imi Fairbairn has played so much Call of Duty he's unlocked the Martyrdom perk in real life. Just think of it as starting a new kill streak! I always did. I was never good at Call of Duty.

Look, #9, you zigged when you should have zagged, and Deshaun Watson doesn't take kindly to those who can't zigzag properly. You give that ball back right now. 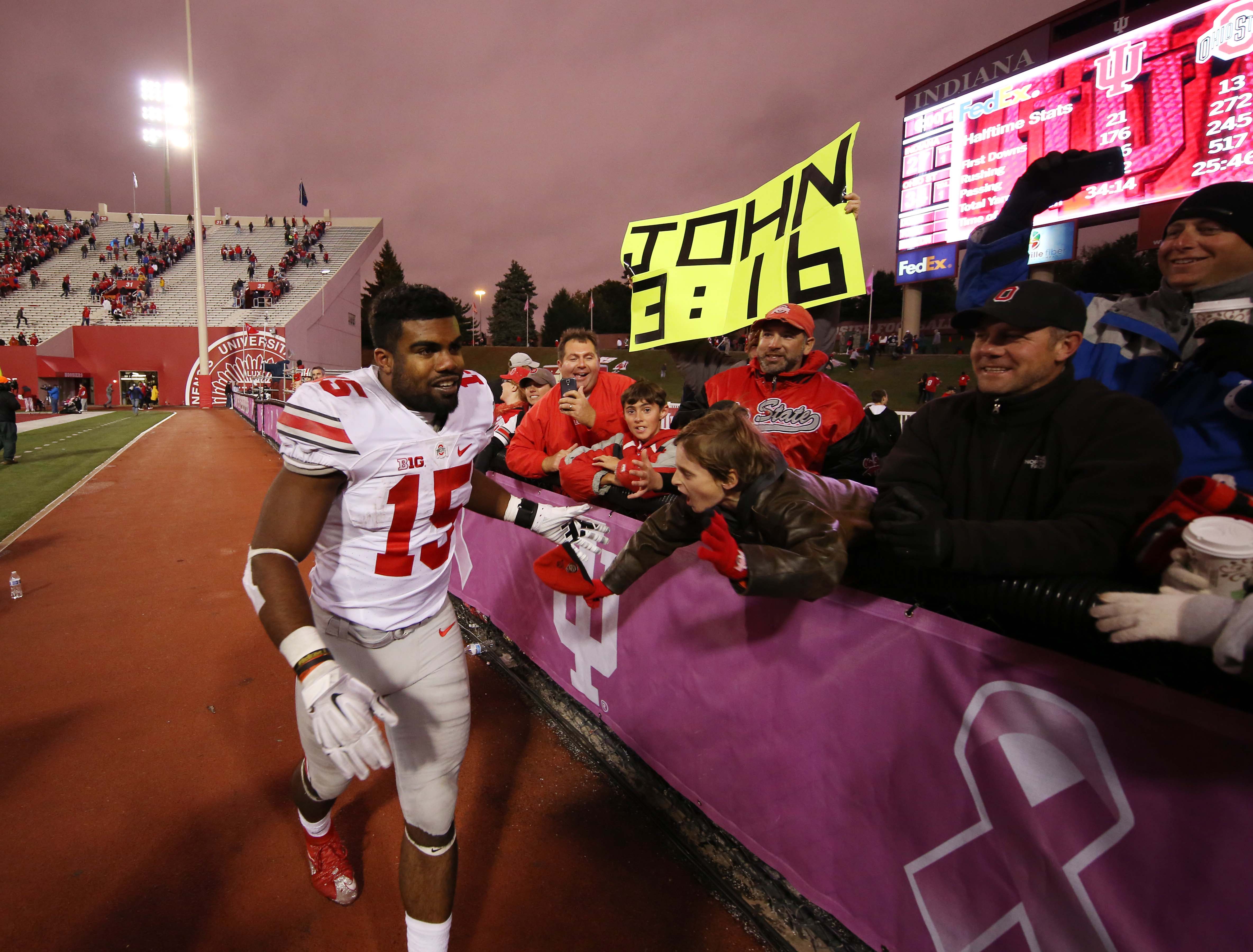 It's too bad #iufbgameday failed. It would have given the up and coming Elliott a chance to shine on the national stage. Instead, you could probably only watch his 23 carries for 274 yards and 3 touchdowns on Jefferson Pilot or something. He even had two catches for twelve yards, whereas Braxton Miller only caught one pass for negative 9 yards. Braxton Miller can suck it!

So congratulations, Ezekiel Elliott! Your EotMotW prize is hope and a prayer that one day all of America will get a chance to see your talent.