Duff'd It! Rankings and Other Accolades: OHHH YOU BEST BELIEVE WE'RE TALKIN' 'BOUT THE NOLES THIS WEEK

Share All sharing options for: Duff'd It! Rankings and Other Accolades: OHHH YOU BEST BELIEVE WE'RE TALKIN' 'BOUT THE NOLES THIS WEEK

If there's one thing the Duff'd It! Rankings is guilty of doing in the 2.5 season history of the column, it's that it hasn't been Talkin' 'Bout the Noles enough. It's been really hard to Talk 'Bout the Noles here, what with Florida State's only loss in that entire span being to Oregon in last year's Rose Bowl.

UNTIL NOW, BABY! THE NOLES HAVE ARRIVED IN THE DUFF'D IT! RANKINGS AND BOY I CANNOT WAIT TO TALK ABOUT SOME NOLES TODAY.

5. Texas A&M. The Aggies are looking very pedestrian again after a 23-3 loss to Ole Miss in which starting quarterback Kyle Allen went 12-34 passing for 88 yards. That's a passing attack so bad Georgia Tech is lapping you, Aggies. With a quarterback controversy brewing again between Allen and Kyler Murray, one must ask the question: what if the Aggies simply don't have enough Kyle at quarterback? Must they find.... they Kylest?

4. Mizzou. "Hello, hi, yes, is this the Columbia police? For Missouri, yes, not South Carolina. I already had to contact them about another issue. Anyway, I'd like to file a missing person report. It's not really a person, per se, but, well... it's the Missouri Tigers offense. That's right. They were last seen in Columbia on October 3rd in the first quarter of their game against South Carolina. Yes, there have been no touchdowns scored by them since then. Yes, I know the longer you wait to start a search the less likely a person is to be found alive. Yes, I'd like this to be anonymous."

3. Utah. The Utes' 42-24 loss to 3-3 and unranked USC shocked everyone..... everyone except Vegas, that is. The Trojans had started as a betting favorite and over the week the line moved towards them, not away. Somehow, they knew.

HOW DID YOU KNOW, VEGAS? WHO IS THE ILLUMINATI? WHAT IS THEIR PLAN??

2. Miami. Some losses you can feel good about because your team put up a valiant effort. Some are just total ass-whippings. Some are last second heartbreakers. Some leave you feeling like jumping off a bridge is a reasonable thing to do.

Miami-Clemson was none of these. It was a construction crew in bright orange and hard hats conducting a full scale demolition, the likes of which haven't been seen in Miami since the Orange Bowl was knocked down. And this was so, so much worse. Miami's in a bad spot. They're not good, fans aren't showing up, and the ones that are would rather fight in the stands. And, as a result of this game, they fired their head coach. Hopefully they have some good ideas on who to hire next.

So how does such a result only land at number 2 on the Duff'd It! Rankings? WELLLLLLLLLLLL........

A TEAM THAT DOESN'T PLAY DEFENSE, DOESN'T PLAY SPECIAL TEAMS, AND ISN'T GREAT ON OFFENSE BY THEIR OWN STANDARDS

SO WHAT DID YOU DO

WERE OUTGAINED BY NEARLY FIFTY YARDS

AND LET THIS HAPPEN

YOU TURNED GEORGIA TECH INTO COLLEGE FOOTBALL'S HERO FOR A WEEK, AND FOR THAT I THANK YOU

Honorable Mention: Nebraska. What have you done, Cornhuskers?? You can't lose more than four games, it'll upset the entire balance of the universe! Everything will be chaos! Cats and dogs living together! Washington State could be one game away from bowl eligibility after losing to an FCS team!

USC wide reciever JuJu Smith-Schuster had quite the #goacc day on Saturday.

You. Hey, you. Yeah, you. Come here. I have a special surprise for you.

Oh man, they're closing in. Quick! Deploy the tactical shoe!

.....Damn it, that's the regular shoe. The tactical shoe was on the other foot. 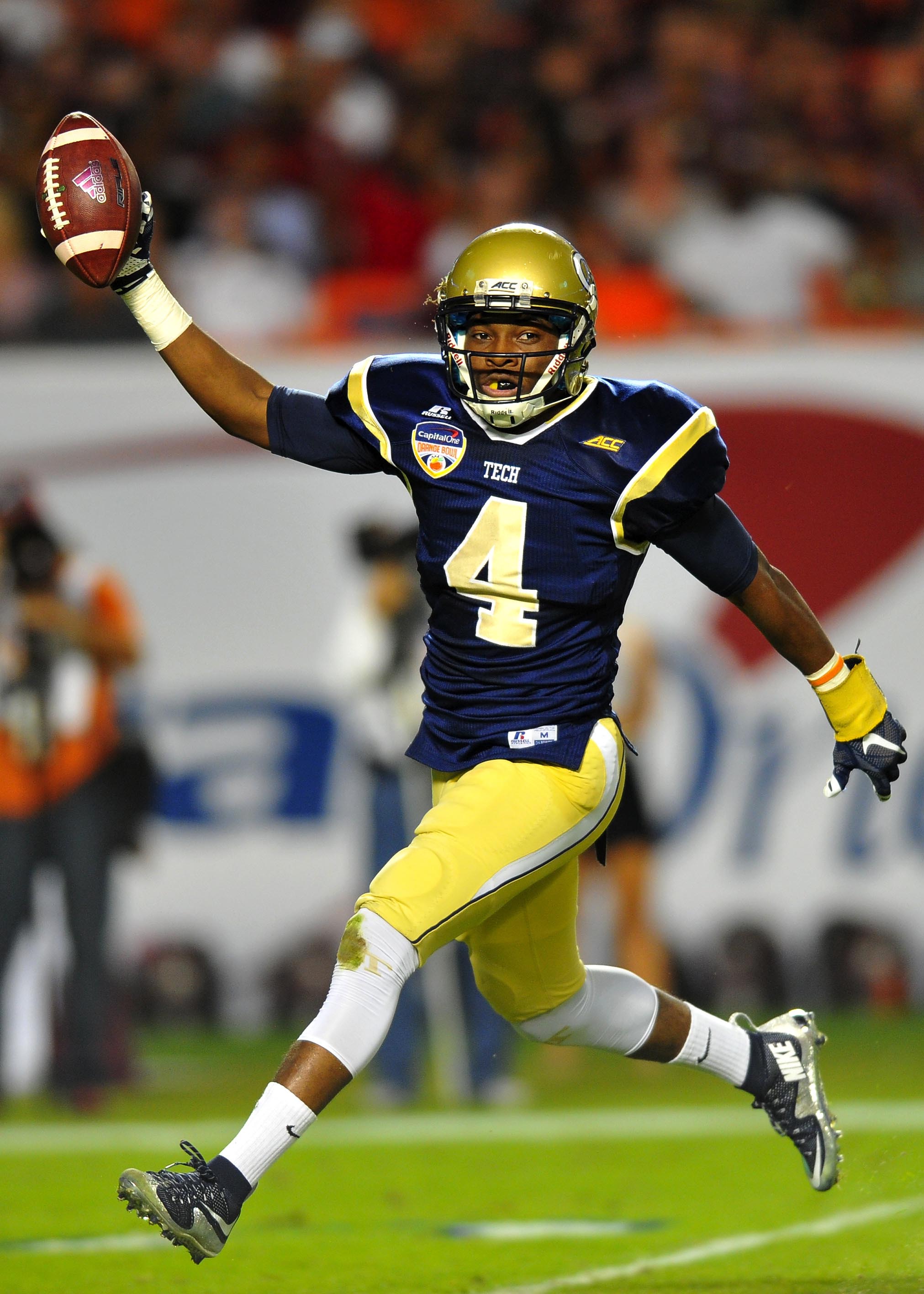 After more than 35 installments, a Georgia Tech player has finally won the EotMotW award! Yes, one of their top running backs..... oh, wait, it's a defensive player?

Yes! Jamal Golden helped limit FSU to 70 rushing yards and 280 overall with nine tackles, seven of which were solo efforts, plus one pass break-up and the first pick Everett Golson's thrown all season. Yes, Golson threw his first pick of the season to Georgia Tech's defense. Isn't that just perfect?

So congratulations, Jamal Golden! Please keep taking balls that don't belong to you, because you're good at that and I like when you do it.