Each week at FTRS we will be providing charts, graphs, and analysis into the characteristics of how our opponent plays, not just the quality of their performances. You can view all past Opponent Previews in the Football Analytics Story Stream.

This week the Yellow Jackets travel to Blacksburg, VA to face the Hokies. Normally this game decides the Coastal division but with last year's ascension by Duke and both team's less-than-ideal performances this season it may not carry the conference-wide weight it has in the past.

I'm trying something new this week. Below is a graph showing where Virginia Tech and Georgia Tech rank nationally according to the S&P+ ratings. S&P+ is a method built by Bill Connelly that measures a team's explosiveness and consistency on a per-play basis. It then adjusts for garbage time possessions and quality of opponent. This early in the season the ratings also include the pre-season rating of the team in question, since the current season hasn't given us a large sample size to work with. The Histogram below shows what bin each team falls in to. The height of the bin correspond to how many teams have an S&P+ rating in that range. 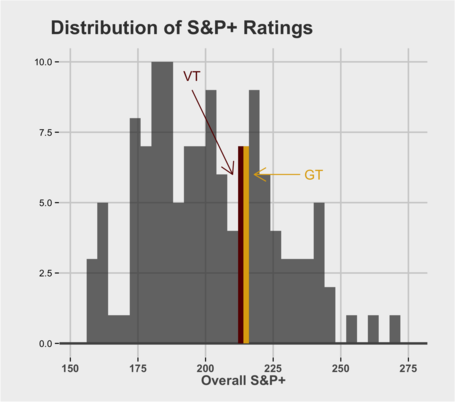 Georgia Tech and Virginia Tech are both better than average teams, but S&P+ views these teams as essentially dead even. I don't think this tells the whole story though, so here is the normal table of rankings for both teams:

Virginia Tech is rated much higher than Georgia Tech in every method except S&P+. The money line gives VT about a 76% chance of winning the game.

When Virginia Tech Has The Ball

Here is a similar chart to the one before except now instead of showing the overall S&P+ rating of each team we will focus on the rating of each unit. This chart shows were GT's Defense and Virginia Tech's Offense rank compared to the rest of the country. 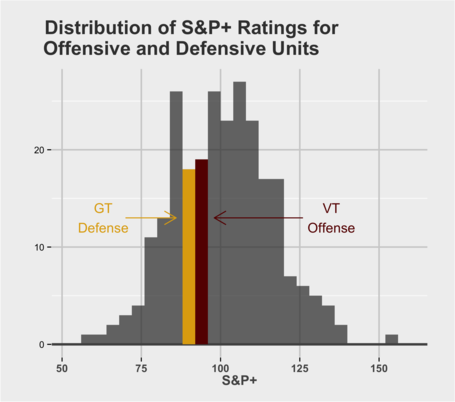 Georgia Tech's defense is rated slightly worse than Virginia Tech's Offense, but both are below average and the difference is small enough to call it a wash. Virginia Tech's offense should take a step forward this year, even if progress has been slow so far. 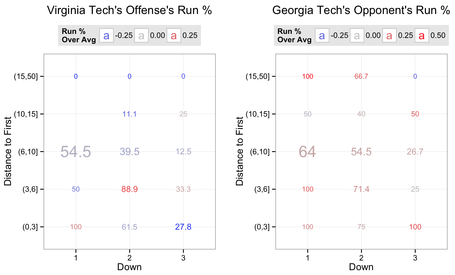 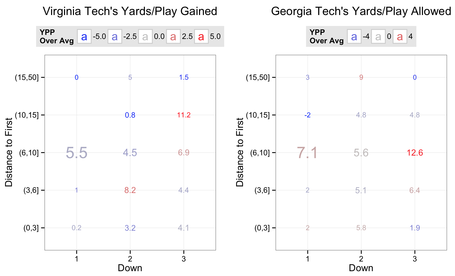 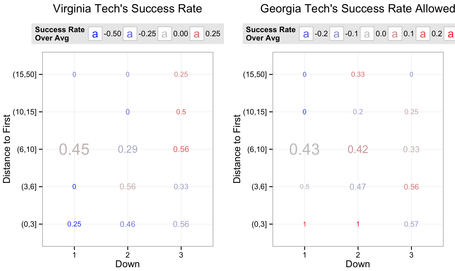 When Georgia Tech Has The Ball 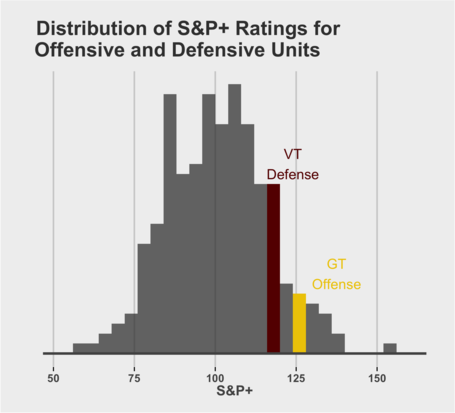 Once again this matchup will come down to which strength of the team can have success against the other. Virginia Tech's defense has not been as good as last year's was, but there is still time to improve on the year. This will be a tough matchup regardless though. 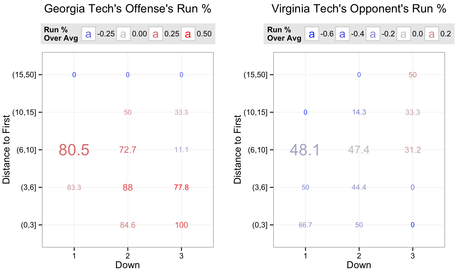 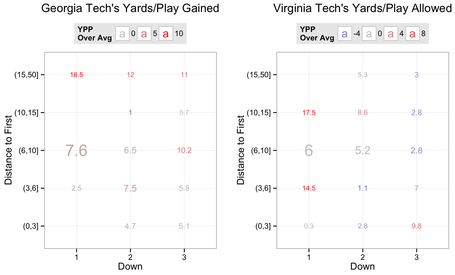 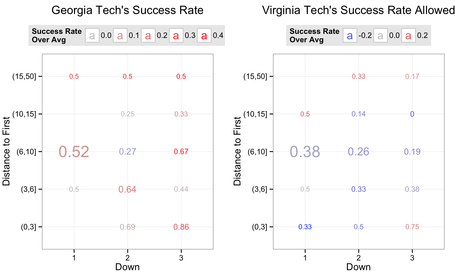 At the end of the day you could write the same preview for this game year after year; How much will Virginia Tech's great defense shut down the option and can our defense take advantage of their offense's mistakes to make some scores of their own and set up great field position. Avoid turnovers, don't miss field goals, and please score when we get chances. If we can do that I think Georgia Tech can overcome the talent gap between the two teams.