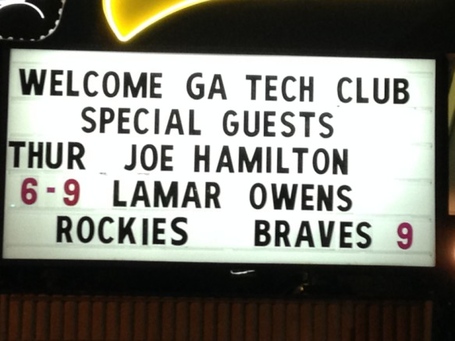 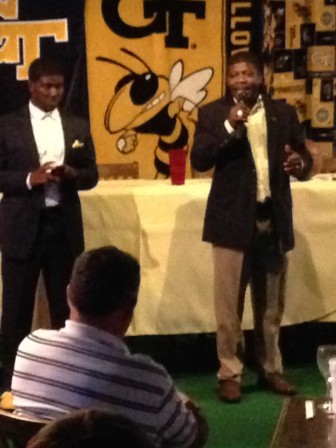 Coach Owens also gives an impressive talk about his role as a young Position Coach We had at my count at least 4 former GT players in the house including William Bell. Couldn't get them all rounded up for a pic. 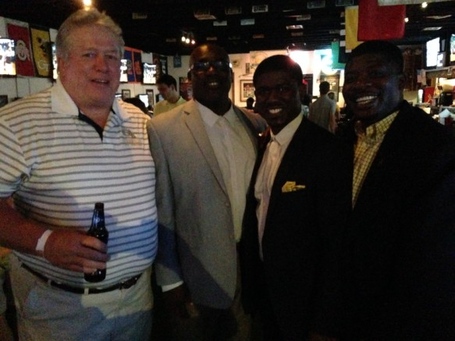 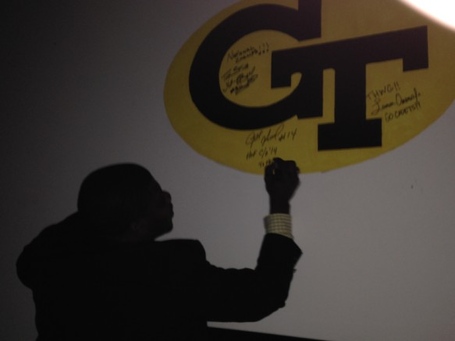 QBJH signing the wall at Coach's. William Bell upper left (Natl Champs!), Coach Lamar lower right (THWG) and his high school; Benedictine in Savannah where he was the QB; and a damned good QB!

A great evening and we raised some additional money for the Scholarship fund for Next year!