Duff'd It! Rankings and other Accolades, Week 13 and 14

Share All sharing options for: Duff'd It! Rankings and other Accolades, Week 13 and 14

My, how the time flies. It's been two whole weeks since the last Duff'd It! Rankings were posted. What was the reason behind the delay? Mostly, it was the writer being lazy and not wanting to post a column on Thanksgiving week. He was busy overthinking Georgia Tech's rivalry week game against Georgia to the point of vomiting. (Stuffing his face on Thanksgiving, as is tradition, certainly didn't help matters.)

But rejoice! For the Rankings have returned, and are Double Duff'd! this week. The crowning moment of #goacc could not go unmentioned, after all.

5. Miami. The U is back to reminding you the U will be back soon, again. The post FSU hangover is a harsh mistress indeed, Hurricanes, with its symptoms including headaches, sensitivity to sunlight, and losing by 17 points to a Virginia team that had lost its past four games.

4. Nebraska. The Minnesota Golden Gophers defy your attempts to drop them from the college football rankings, cruel football gods! And along the way they'll push Nebraska to their predestined final record of 9-4. But I have faith in you, Cornhuskers. Just keep.... Bo-lieving! 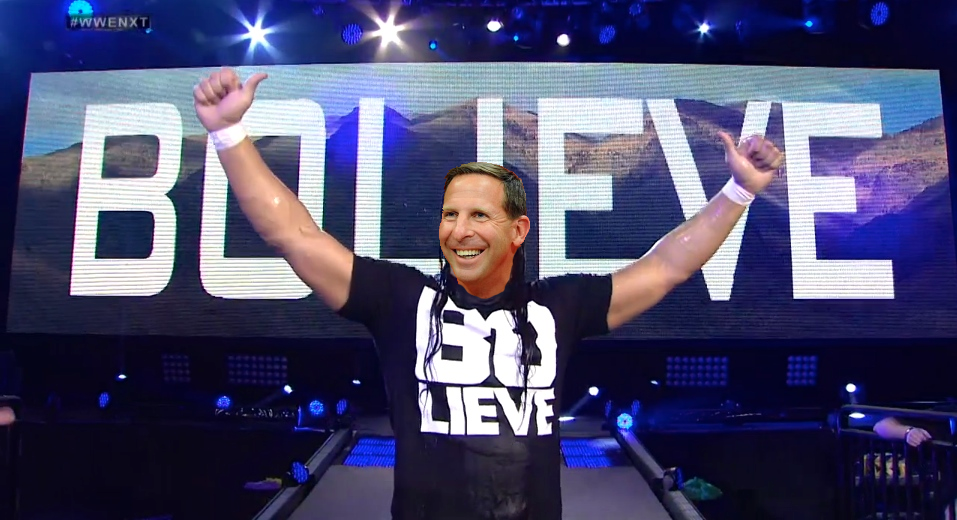 3. Duke. Alright Duke - you have a Thursday night game, against your biggest rival, with the ACC Coastal championship and a shot at FSU on the line. And what do you do with this opportunity? You channel the ghost of your former selves, But it's not all bad, Blue Devils - you can at least take solace in the fact you're now good enough to make the Duff'd It! Rankings when you lose horribly. You're legitimately good now, and you're also #1 on Paul Johnson's kill list for next season. Be afraid.

2. Ole Miss. The Rebels became the second consecutive shutout victim of Arkansas, of all teams, who are doing football things all of a sudden. THE BERT SHUTOUT EXPRESS KEEPS ON CHUGGING AND IT STOPS FOR NO REBEL THAT MAY BE IN THE TRACKS. (Yes, the tracks start in Arkansas and go through Louisiana and Mississippi before heading back to Missouri. Don't look at me, I didn't design them.)

1. Virginia Tech. For years, the 2006 ACC Championship stood as the pinnacle of #goacc football. It featured twelve punts, five field goals, one missed field goal, two failed fourth downs, and fewer than 600 yards of offense. It simply didn't get more #goacc than that.

And then 2014 Virginia Tech - Wake Forest happened. You had twelve punts, 2006 ACC Championship? Psh, try eighteen, of which the Hokies supplied half. Five field goals? Bruh, we'll score three, and wait until overtime to score any of them. One missed field goal? 2014 VT-WF sees you, and raises you three more.

This game was so unspeakably horrid at one point Wake Forest lined up for a field goal, missed it, got a mulligan because Virginia Tech was offsides, and then missed it again.

And so, when regulation ended after Wake Forest missed another field goal and the game headed to overtime with the same score as when it began, Frank Beamer raised his fists in triumph - not in celebration of anything that happened during the game, but in celebration of the fact that he was still alive. Only to die in 2OT when Michael Brewer was sacked on 3rd and long, pushing the Hokies out of makeable field goal range. The Hokies had little choice but to try the field goal anyway.... and, of course, they missed it, ultimately losing 6-3 in 2OT, and thus setting the new pinnacle of #goacc football.

I am absolutely stoked for the 2022 ACC game that ends in 3OT with a single field goal scored. At that point, peak #goacc will be reached, the singularity will begin, and the world as we know it will end. And it will be filled with missed field goals for all of eternity.

Honorable Mention: Wake Forest. You were complicit in this, Deacons. Just because you won doesn't mean you're not equally culpable.

5. Maryland. Hey, Terrapins! How did your first year in the Big Ten go?

Maryland: "Well, it went okay, I guess. We're bowl eligible, and we beat Michigan! But so did everyone else. And we finished the season with a loss to Rutgers, so that wasn't that gr-"

Hah, that sucks! Have fun in your new home. Smell ya later!

4. Mississippi State. With a shot at maybe the SEC championship and definitely the College Football Playoff on the line, the Bulldogs responded appropriately - by losing 31-17 to their in-state rivals. The Bulldogs weren't particularly bad in any of the classic Duff'ing ways (although their team buses crashing on the way back to Starkville - twice - have helped write a new chapter in Duffing lore), they were simply out-athleted by the Rebels. But together, both schools accomplished something they couldn't by themselves - return Mississippi from its status as the hottest state in college football to its usual place as an also-ran. So on behalf of the entire state, we say to you, Ole Miss and Mississippi State: YOU DUFF'D IT!

3. UCLA. Congratulations on that huge win over your crosstown rival, Bruins! Way to follow it up by blowing up any momentum you had and a shot at the Pac-12 title in losing to a bunch of nerds from Palo Alto. UCLA was outpossessed by Stanford by more than fifteen minutes and outgained by 174 yards, and for their failures will be replaced by Arizona in the Pac-12 game. Arizona isn't even actually Pacific, Bruins! You've ruined everything!

2. Notre Dame. Meanwhile, across town, USC was busy reviving one of its most time honored traditions - beating the absolute tar out of Notre Dame. Remember when the Irish almost beat FSU? Turns out they were just as good as every other team who almost beat FSU this year. But don't worry, Domers, you'll still secure a nice Tier I ACC bowl slot from a team that deserves it more - probably Duke. That's the luck of the Irish!

1. The SEC (East). Alright y'all lemme get on my soapbox here:

LISTEN HERE, SEC (east). ALL I HEAR EVERY YEAR IS HOW THE SEC IS THE BEST FOOTBALL CONFERENCE, IT'S GOD'S GIFT TO FOOTBALL, BLAH BLAH BLAH. WELL GUESS WHAT, Y'ALL JUST GOT WHIPPED BY THE ACC IN NOT ONE, NOT TWO, NOT THREE, BUT ALL FOUR CROSS CONFERENCE MATCHUPS ON SATURDAY. WHIPPED, Y'ALL HEAR ME?

AND DON'T EVEN GET STARTED WITH THAT "BLIND SQUIRREL" LINE Y'ALL ALL THINK IS SO CLEVER. I KNOW PLENTY ABOUT BLIND SQUIRRELS. I WATCHED ALL OF CLEAN, OLD-FASHIONED HATE AND OCCASIONALLY THOSE REFS MADE A CORRECT CALL!

KEEP TALKING ABOUT HOW YOU'RE THE BEST CONFERENCE IN COLLEGE FOOTBALL, SEC (EAST). WE ALL SEE YOUR 5-6 RECORD AGAINST THE OTHER POWER FIVE CONFERENCES. KISS MY BUTT. ROLL ACC.

Honorable Mention: Nebraska. Firing a coach for losing to Iowa is understandable, Cornhuskers. But Bo Pelini didn't do that. Or lose much at all, really, but it turns out nine wins a season every season doesn't equate to job security in Lincoln. Bo Pelini is riding his Harley out of town with both middle fingers extended, and he's headed straight to a new coaching gig in an as yet unnamed town. (Probably Ann Arbor.)

You'll come to regret this decision, Huskers. You should have Bo-lieved.

Final Honors: UAB. While the Duff'd It! Rankings enjoys watching football teams lose, it does not enjoy seeing football teams be lost. The University of Alabama at Birmingham shut down its football program on Tuesday after 24 years of existence. The program spent much of its last few getting the Atlanta Spirit Group treatment by the University of Alabama Board of Trustees, being denied the ability to hire good coaches, move to a better part of town, or even upgrade its current (shoddy) facilities. This is a decision that sucks - not only for the players and the fans, but for the marching band members, cheerleaders, and staff who were duty bound to support the team for four months every fall.

Head coach Bill Clark, in his first and only year at the helm, coached the Blazers to bowl eligibility for just the second time in its short existence, and it is the Duff'd It! Rankings' sincere hope they get to go somewhere nice in December for one final game. If you're gonna go out, Hawaii, Boca Raton, or the Bahamas ain't bad places to go out in.

Of all the things that went wrong for Duke when they played UNC, this was one of them. That is punter Will Monday downing his own punt for a net distance of 15 yards. Maybe the Blue Devils should have gotten his cousin Mike Thursday to punt it instead.

BUTTPUNT II: THE BUTTPUNTINGER. That is Nebraska punter Sam Foltz dropping a snap and subsequently punting the ball right into one his blocker's butt, which Iowa then recovered for a KIND OF FAT GUY TOUCHDOWN. These two things automatically make it the best play ever. 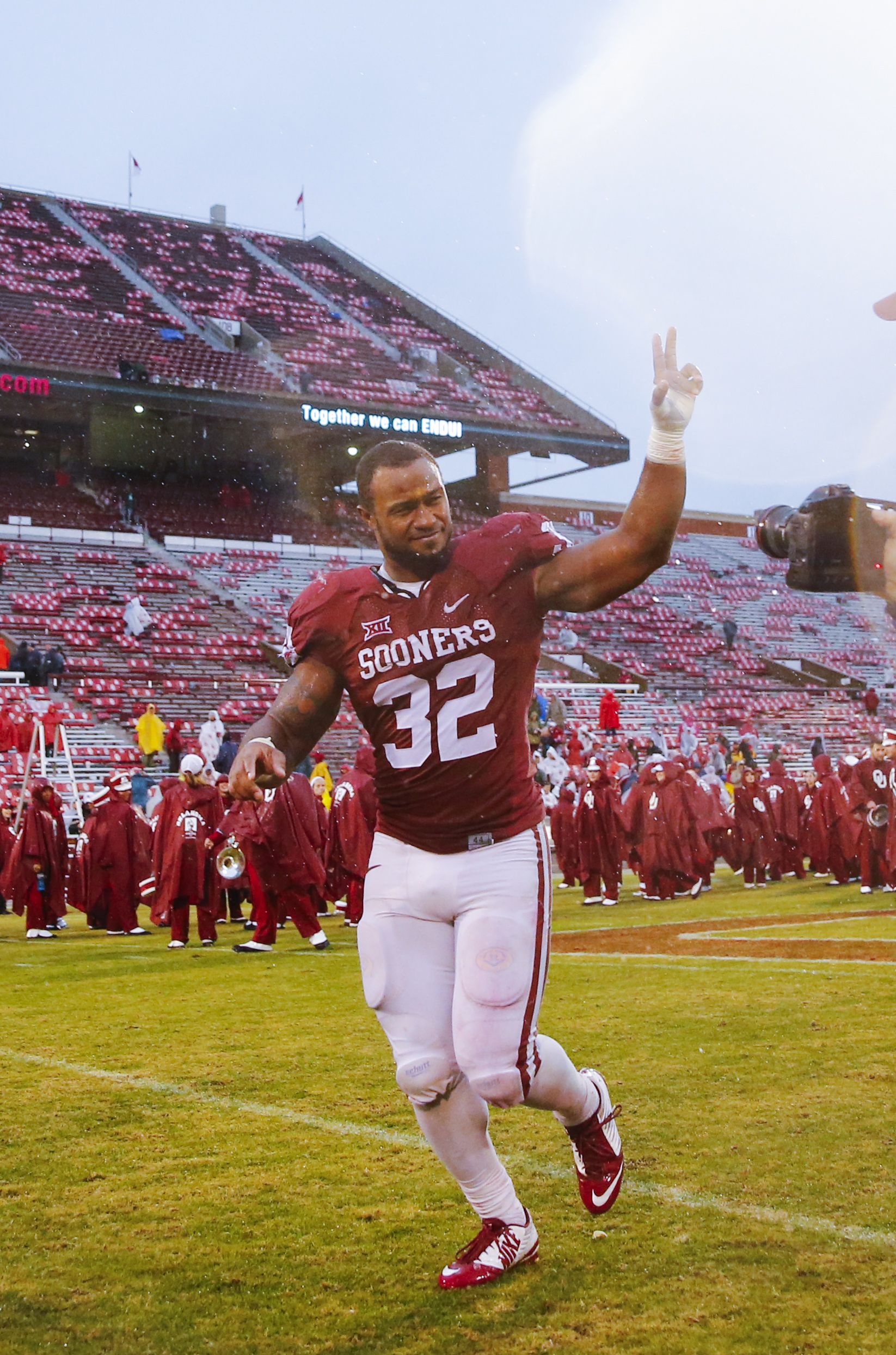 Jeez, Samaje. We were just putting the finishing touches on Melvin Gordon's statue for breaking the single game FBS rushing record when here you come, breaking that record. You scored five touchdowns to Gordon's four, and gained 427 yards to his 408, all on 34 carries for an average of 12.7 yards per carry. And you even caught a pass for 19 more yards, because you're a jerk like that. LaDainian Tomlinson had fifteen years; you couldn't even give Melvin Gordon a week.

So here, take your EotMotW, award, I can't say you didn't...... you took Gordon's award too, didn't you? Fine, then he's getting yours. 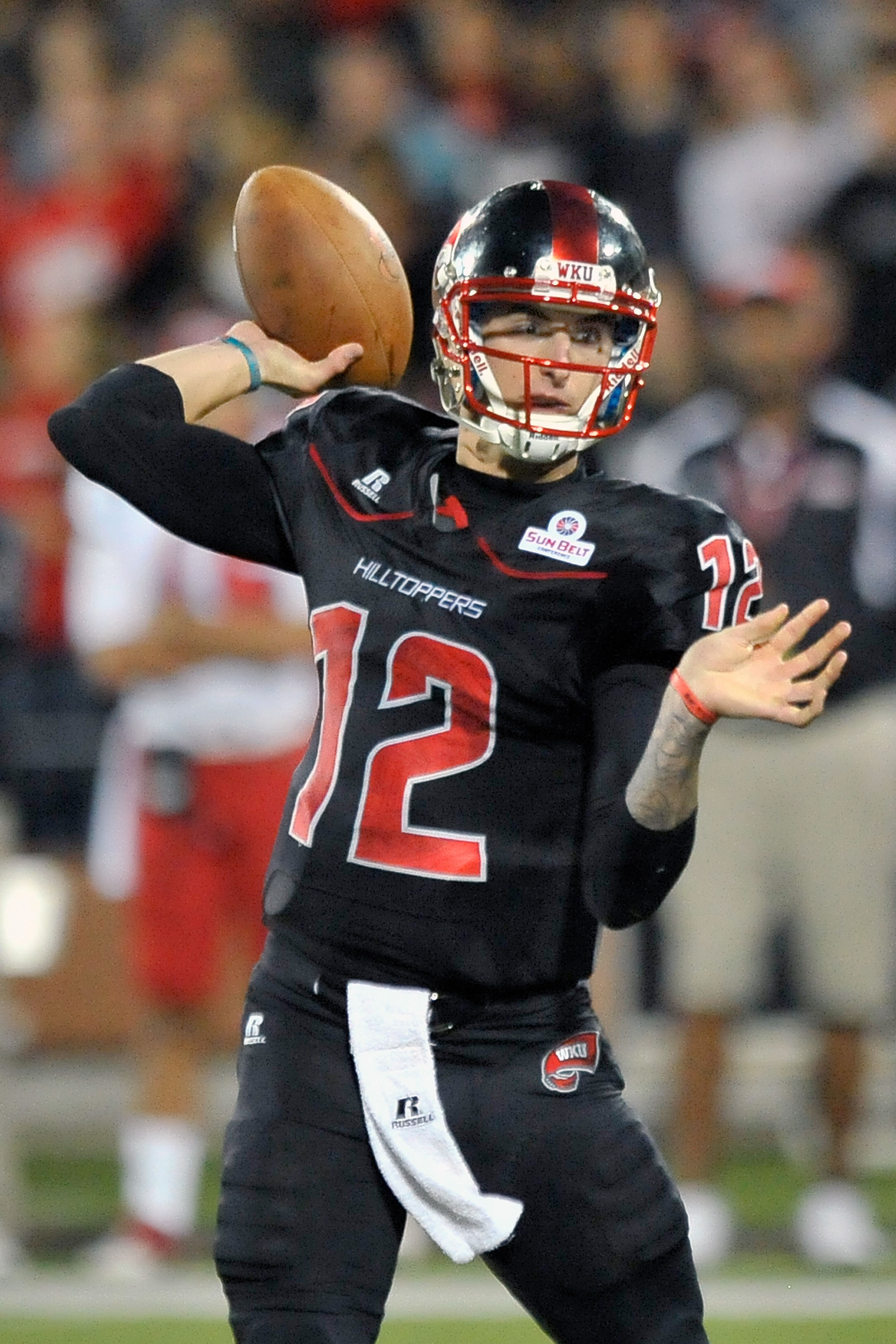 You are likely already aware the College Football Playoff committee stirs in a healthy dose of "[Black Sabbath] Marshall" into every set of rankings. The Thundering Herd finally cracked the top 25 last week at 11-0, ranking in at.... 24. Brandon Doughty didn't think that was quite enough "[Slayer] Marshall", so he added in 491 passing yards and eight touchdowns to five receivers on 34 for 50 passing in a 67-66 odyssey of a game that ended in overtime when Hilltoppers coach Jeff Brohm decided to pass on a PAT and Doughty found Willie McNeal for the winning two point conversion.

So congratulations, Brandon! Your EotMotW award is a composite metal composed of 50% "[Rush] Marshall" and 50% "G5 access denial" silver.