Georgia Tech has a bye week, but you're still getting my weekend selections.

CRIPPLE FIGHT! I don't really care how much you like football. This game will likely be painful to watch for all of us. Toss up, but I'll go with the home team and its veteran QB.

It's always tough picking a Florida game. Their defense is undoubtedly tough, but their offense is schizophrenic at best. Occasionally they're good for 40+ points against a good defense, and then occasionally they have trouble lining up correctly. There's not much rhyme or reason to it. I think it's a close game but Florida comes out the victors and covers.

Last week MTSU allowed 24 points to Western Carolina at home. I can only imagine what their defense will allow as they travel to Chapel Hill to take on a high-octane offense. Lightning doesn't strike two seasons in a row in this conference. Tar Heels win big.

I have no doubt in my mind who will win this game, but I have serious doubts of the Hokies' offense after last week's showing against Alabama -- that of Logan Thomas, in particular. 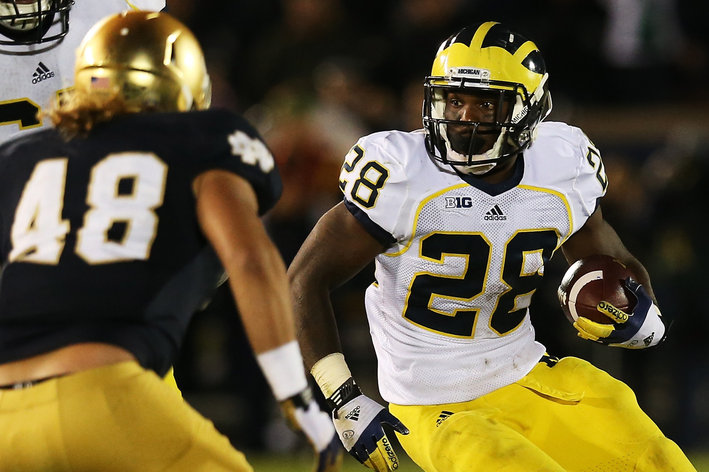 This Notre Dame team is not like last year's. QB Everett Golson is gone and they're without a major running threat. Wolverines cover 3 at home on the big stage.

Oregon is a highly-talented, well-rounded team -- things I don't think can be said quite yet about Virginia. I'll be shocked if they keep this one close.

Last year, Duke won at home by over 3 touchdowns and Memphis didn't beat a BCS conference opponent all season. I can't think they'll pose a significant threat this season either.

Northwestern returns home after beating Cal by 2 touchdowns on the road, while Syracuse travels to Chicago after losing to Penn State thanks to an ugly offensive performance. 12 is a large spread though, and I think Syracuse keeps it closer than that.

Last week I correctly predicted Clemson's huge win to start the season. I'm much more conflicted on this one. South Carolina and Connor Shaw are nowhere near the passing threat that Clemson and Tajh Boyd pose, and pass defense is where I expect uga to struggle early this season. Meanwhile, UNC was unable to manage 300 yards on offense and couldn't break 100 yards on the ground. Should uga get charged up at home and run the football effectively against USC, they'll easily cover the 4.5 and win. Last year the Gamecocks held the dogs to 115 on the ground and kept Aaron Murray's completion percentage to just above 35%. I'm pretty torn here. My very unconfident pick is...

Aaron Murray goes down as the uga QB to never beat USC. Gamecocks cover 4.5 and win straight up.

There it is, readers. Your turn. Take your picks!