Georgia Tech is back in the saddle this weekend, and so am I.

Georgia Tech's defense remains stingy against a depleted Duke offense and is able to win by double-digits. More on this one tomorrow.

Believe it or not, this game will be a major test for Virginia Tech. They're going on the road and playing an East Carolina offense that has scored 52 and 31 in their first two games. Meanwhile, the Hokies' offense has been considerably impotent, and more from a fundamental level than a talent match up level.

Wake is a very weak team this year, but so are the Warhawks, whose offense was worse against Oklahoma's defense than Elon's was against defense. I'll take Wake at home, but this will be one of very few spreads they cover this year.

Pitt lost their first game by 28 points, which sounds awful. However, consider that it was against top-10 competition and it sounds a little bit more reasonable. Meanwhile, New Mexico is coming off of a loss against UTSA and an overtime victory against UTEP -- two results that don't make me think they can hang with Pitt. 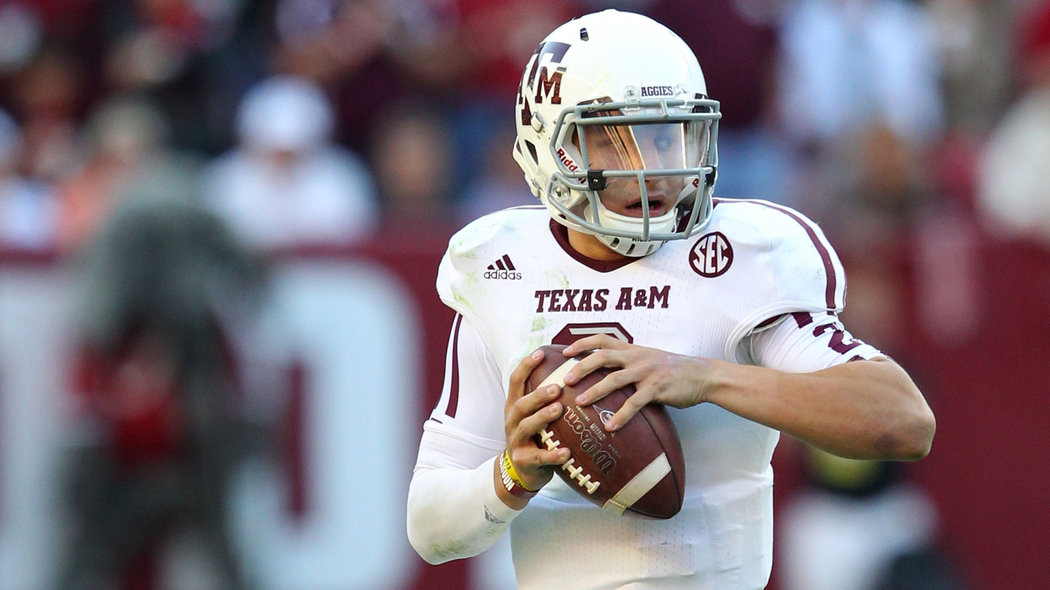 Here's where we find out how much I know my stuff, right? We all know how this one ended last year, and we all know how Johnny Moron's offseason went. (Seriously, his life would be so much better if he'd just shut up and play.) This game has been on repeat in the Alabama locker room all offseason, and you know the Tide will come in motivated. The Aggie offense is still extremely potent though, and will be very tough to stop on the road. Consider also that Kyle Field is one of the most intense environments in all of college football.Aggies cover 7, but Alabama wins and gets redemption.

USC is working its way towards full-on self-destruct mode. It's actually amusing for me, considering how little I think of Lane Kiffin as a coach and as a person. That said, they're still talented enough to beat Boston College handily and cover the spread.

Let's clear this up -- Nevada has no business hanging with FSU. They got absolutely rolled by UCLA (58-20), and scored 36 last week on FCS team UC Davis (only 5 more points than this spread covers). Being such a large line, this is tempting, but I'm guessing Jameis Winston throws for 5 TD's, runs for another, and is on ESPN 25 hours a day for the next three weeks based on the performance.

UConn got whipped in week 1 by FCS team Towson, while Maryland has been firing on all cylinders in their first two games. Granted, those two games weren't against great competition, but neither is this one. This should serve as a nice warm-up to a wildly vulnerable West Virginia team next week.

Terrapins cover 8 on the road.

Notre Dame comes off of a rough loss to rival Michigan in which they were called "chickens" and outwardly mocked in every which way by the Wolverine fanbase. So far this season, the Boilermakers have gotten blown out by Cincinnati and barely beat FCS team Indiana State. You gotta know that Notre Dame is coming into this game with a chip on their shoulders the size of Mount Rushmore, and that Purdue is in for a slaughter.

Your turn, readers. Take your picks!