Duff'd It! Rankings and other Accolades, Week 2

WELCOME YOUR NEW ROBINSONIAN OVERLORDS, TEXAS. YOU HAVE NO CHOICE IN THE MATTER.

Share All sharing options for: Duff'd It! Rankings and other Accolades, Week 2

Week 2 is in the books, and the mighty ACC stands above all other conferences as the only BCS conference to have avoided dropping an out of conference game to a non-AQ or FCS team so far. (Although certainly not for trying - we see you, NC State! You were so close to losing that game against Richmond and letting those other inferior conferences think we're..... ugh, equals.) So, while we're still lording our conference superiority over everyone else for another week, let's see who shouldn't be lording anything over anyone for a while!

5. Western Kentucky. WKU answered the age-old question of "what would happen if you committed five turnovers in the span of six offensive plays?" The answer: lose, horribly. Can't sleepwalk your way through the second half of an SEC doubleheader like that, Hilltoppers. Those always have "trap game" written all over them. Looks like first year coach Bobby Petrino will be in Bowling Green a couple more years before he gets that call-up to the big leagues - if it ever happens.

4. Cincinnatti. All-name Heisman candidate Munchie Legaux horribly injured his leg in the fourth quarter against Illinois. Now let's never talk about Munchie Legaux's horrible leg injury ever again! Cincy was thought to be Louisville's only serious challenge for the AAC title, but after getting walloped by Illinois to the tune of 45-17 I'm going full Infowars and assuming this is part of a false flag operation to keep the Cardinals out of the BCS championship by giving them the worst strength of schedule in history. IT'S ALL A CONSPIRACY! OPEN YOUR EYES, SHEEPLE!

3. Florida. You can't make a Duff'd It! omelete without breaking a few derp eggs, and boy howdy was Florida-Miami a flaming vortex of derp. The Gators held the Canes to ten first downs and 212 total yards and still lost, because almost every time Florida made it to the red zone they found a new way to not score. Eventually they figured out the solution (score from outside the red zone! it's foolproof!), but unfortunately for them it took 58 minutes of game time to reach this conclusion, which generally does not leave you with enough time to score twice. This game fittingly ended with a Florida offensive penalty that ran off the final seconds, and THE ACC IS YOUR NEW COLLEGE FOOTBALL KING. BOW TO US! BOWWWWWWW!

2. Texas. It's okay, Longhorns. Sure, you gave up the most yards in school history to an unranked school in the mountains, and sure, Mack Brown threw his defensive coordinator under the bus for it. But at least you get to go back to Austin, one of the top five most fun towns in the country, while BYU is still in Utah. And besides - wait, you hired Greg Robinson to replace your scapegoated DC? Start drinking for the Red River Shootout now, Longhorns. It's going to be a long afternoon in Dallas.

1. USC. Hey, remember when USC fired Monte Kiffin because his defense sucked? Well, his new defense forced six turnovers this weekend. In the NFL! There still is a Kiffin left in Los Angeles, but I'm sure that has nothing to do with the Trojans' soul-killing 10-7 loss to Washington State, a game so terrible everyone who watched has had their life force ever so subtly diminished. (You won't miss that part of your life anyway - trust me.) Trojan fans, of course, are being totally calm about this, and not, like, altering fire lane messages to call for Kiffin's firing or anything.

....damn it, Reggie. Next time just take the safety. 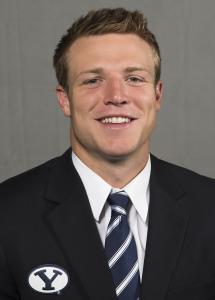 Bryce Petty's 338 yards and two touchdowns on 13/16 passing were a paragon of efficiency, but it was against Buffalo and he barely played for more than half the game. Nathan Scheelhaase's 312 yards and four touchdowns were even more impressive, albeit against an apparently average AAC school, so they weren't enough to overcome Hill's performance against Texas.

You don't always need to complete most of your passes. Not when you're also busy racking up 259 yards and three touchdowns on the ground in addition to your 129 passing yards, putting your school in Texas's record books as their worst defensive performance by yardage ever and yourself in there as the guy who got Mack Brown fired (probably).

So, congratulations, Taysom Hill! Go celebrate by having a beer on us - oh, right. Well, here, we have this Coke, you can have that - wait, no, you can't have that either. Here is this bottle of water. I promise it was cold at some point in the last few hours.