Contenders & Pretenders in the ACC: Coastal

Today we're examining who's for real in our own division...

Share All sharing options for: Contenders & Pretenders in the ACC: Coastal

If there's one thing we've learned about this team under Paul Johnson, it's that they're ALWAYS going to be contenders. Even after being completely out of the race for the Coastal last year, they still somehow found themselves one drive away from beating Florida State and going to the Orange Bowl. With this team, it's never over until it's over. Verdict: Contenders

In my mind, Miami is far and away the most talented team in the division. That said, they always seem to get in their own way before they can reach their potential. I'd say they're the favorite in the Coastal this year, but this is far from a one-horse race. Verdict: Contenders

A household name in each year's Coastal Division race, I'm starting to wonder if the ship is sailing on this team and the Frank Beamer/Bud Foster. Last year, they were one Georgia Tech defensive stand away from missing a Bowl game. While that's pretty hypocritical of a Georgia Tech writer, they were upset by Cincinnati at home, as well as by Pittsburgh on the road. I know, Georgia Tech lost to MTSU and whatever else you want to say -- something just doesn't seem right about this Virginia Tech team. They're good for now, but next year is no guarantee. Verdict: Contenders

Contenders & Pretenders in the ACC Atlantic 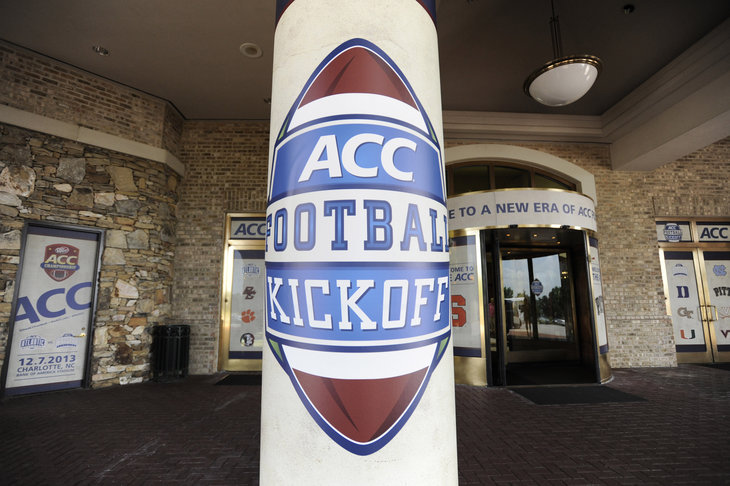 You've learned about the Coastal, now check out the Atlantic!

Maybe even more disappointing on a yearly basis than Miami when considering talent and results. That said, I do believe in Larry Fedora as a head coach and expect him to take the team to new heights during his tenure. In Year 2 under him, after an 8-4 campaign last year, I'm thinking they're contenders. Verdict: Contenders

Last year was a wild ride for this team in their first season under Paul Chryst, featuring some huge embarrassments mixed in with games where they looked quite impressive. Chryst is another guy I have high expectations for, but at this point I don't think they'll come to fruition in Year 1 of ACC play. Verdict: Pretenders

This is such an interesting case, because I really believe in Mike London as a head coach, and I know that they have a lot of talent in Charlottesville, and yet this team can never seem to put it together. It might be time to start checking "For Hire" postings by other coaches... Verdict: Pretenders

Here's another case of a guy who I think is a fantastic coach, and who has really taken his team farther than it's been in recent memory. That said, until I see this team take down a couple of those listed here as "Contenders", I'm going to have a rough time taking them seriously. Verdict: Pretenders

Overall the ACC Coastal has a lot of parity, brought on by various levels of coaching, talent, and ability to not trip over one's own feet. That said, I think there are four true contenders here, with the others being pretenders. What are your thoughts on the matter?