Taking a look at the stats behind this week's matchup

You know, I have read a ton of articles this week about how stupid Georgia Tech fans are and then articles rebutting that and saying how stupid UGA fans are and then articles disagreeing with that and saying how stupid we all are to say such silly things about a college football rivalry. To all those people I say this, "At the end of the day a college football game will be played on Saturday, and all I want to know is who is gonna win" I don't care what team has won the last x games out of y or how much better a team's fans are then another's. This year, on Saturday, who the hell is gonna win the game? Lets take a look and try and see if we can answer that question ourselves.

When UGA has the Ball

S&P+ is a statistical measure of a team's performance on a per play basis. The "S" stands for success rate, "P" for point value, and + is opponent adjusted. It is essentially OPS+ for football. It takes the slugging percentage, your explosiveness, and adds it to your on base percentage, your success rate, and adjusts for opponent. 100 is average and everything greater than 100 is good, (120 is about top 20 or so) so for each category the higher the bar the better. You can read more here. 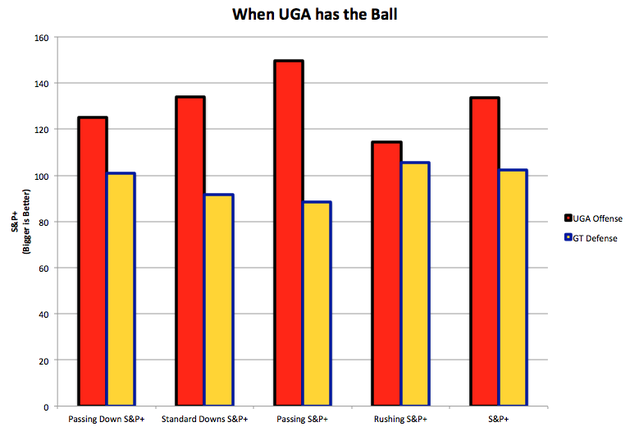 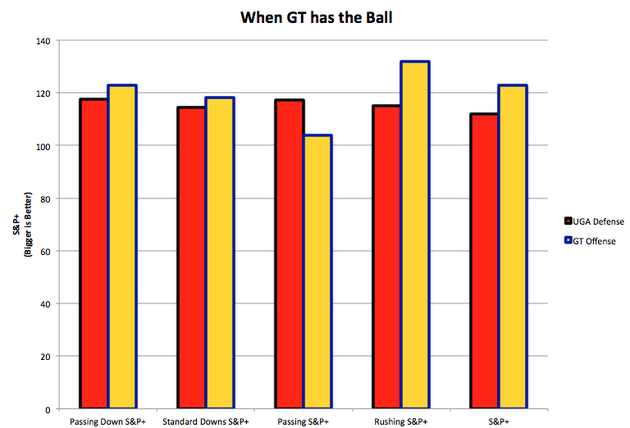 This post is short and sweet, but mainly I was just frustrated that no one was actually talking about the matchup this weekend. And because this is the internet....