Taking a look at the stats behind this week's matchup

This Clemson game is a huge conference game for the Jackets. A win on Thursday would guarantee that we finish tied for first in the Coastal division and also an 8 win season. So what do the stats tell us about our matchup with Clemson?

When Clemson has the Ball

S&P+ is a statistical measure of a team's performance on a per play basis. The "S" stands for success rate, "P" for point value, and + is opponent adjusted. It is essentially OPS+ for football. It takes the slugging percentage, your explosiveness, and adds it to your on base percentage, your success rate, and adjusts for opponent. 100 is average and everything greater than 100 is good, (120 is about top 20 or so) so for each category the higher the bar the better. You can read more here. 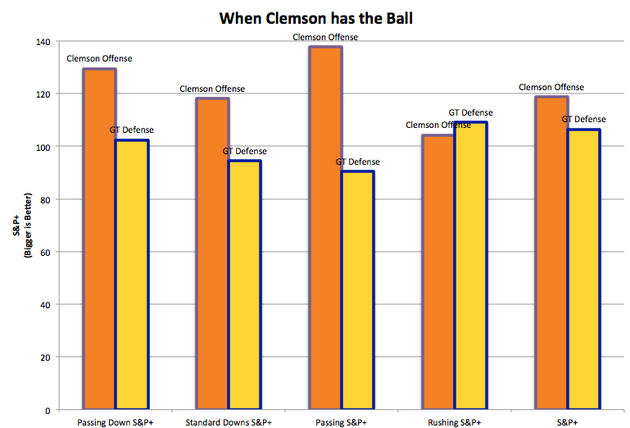 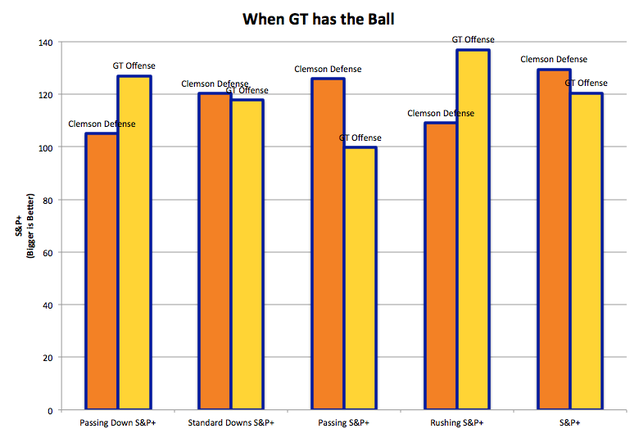 Because of the short week I wanted to get this up quick, the Picks breakdown will come on thursday when they are published elsewhere, with some other stat nuggets.