The Week That Was for GT's Opponents: Week 7

Checking in on Georgia Tech's opponents

Share All sharing options for: The Week That Was for GT's Opponents: Week 7 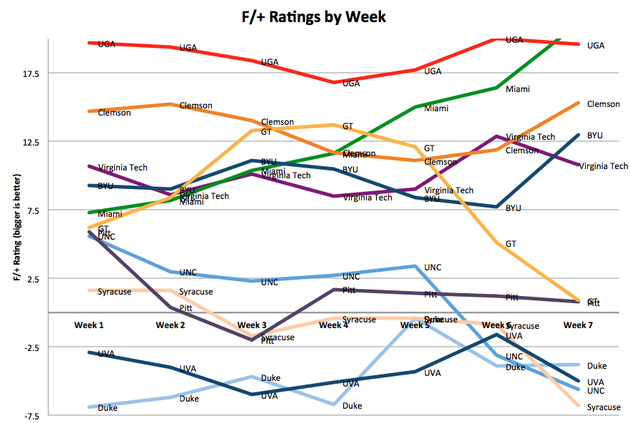 The last column is the average number points per drive margin for each ACC game. Clemson and FSU are running over the rest of the ACC, that game in two weeks is going to be great. This chart is starting to come together as well. You can see Clemson and FSU have separated themselves with their performance, while VT and Miami are both playing great against ACC opponents.

What do you guys think? How do our opponents stack up so far?