The Week that was for GT's Opponent's: Week 9

Checking in on our opponents' performances.

Share All sharing options for: The Week that was for GT's Opponent's: Week 9 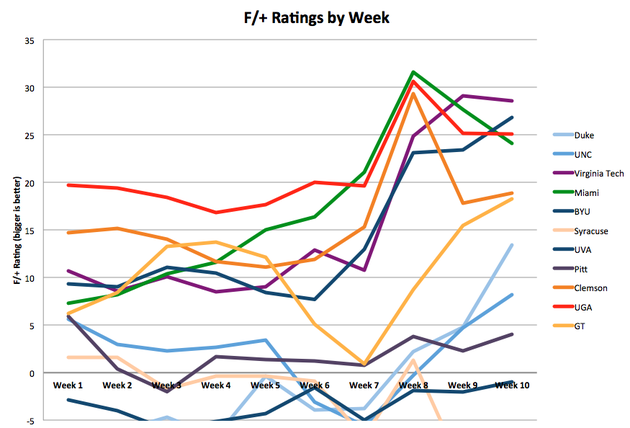 Let me know if this chart is hard to read without the labels on the lines.

Gosh FSU is good, I mean they are blowing everyone out of the water. I am glad I inadvertently organized this chart with all the coastal teams on the first rows, and then the atlantic division teams. The coastal division seems to be much more rounded out, while FSU and Clemson are head and shoulders above the rest of the Atlantic.

What do you guys think? Any observations?