The Week that Was for Tech's Opponents: Week 5

Checking in on the strength of our opponents

Share All sharing options for: The Week that Was for Tech's Opponents: Week 5

If you are interested in how each opponent did this week then please read the AJC's recap. 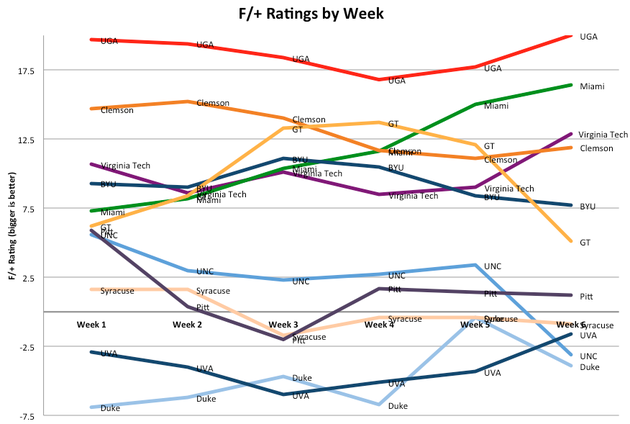 So our performance against UNC doesn't look so hot now that they allowed 4.36 points per drive to ECU. VT scored more often against us than they did against Marshall, and held us to less points per drive than everyone else this year....I'm getting depressed thinking about how much we underperformed on Thursday. 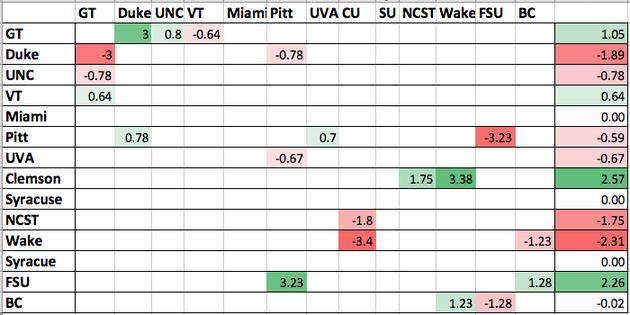 The last column is the average number points per drive margin for each ACC game. Clemson and FSU have done the best so far, but not many ACC games have been played. This chart is going to look really cool, I promise, we just need more games.