Last week was terrible, in more than one way. Redemption, here we come!

Georgia Tech is desperate for a win on the heels of three straight losses, and the Orange have yet to beat a team of Georgia Tech's caliber (yes, that includes NC State). The Yellow Jackets haven't looked good in any of their three losses, but I expect a return home will do the trick.

(Note: These picks made Thursday, 4pm.)

Man, it's been some kind of nasty year in Chapel Hill hasn't it? A 1-4 record thus far with the only win coming over Middle Tennessee State, and its closest loss coming to Georgia Tech by 8 points. This game was looked at before the season as one that could potentially decide the division. Now it's going to decide how much more UNC tumbles.

The Terps won at home last week after Virginia missed a last-second field goal. This, by the way, coming two weeks after being ranked #25. It's been a long, quick fall after a strong start. Meanwhile, Wake somehow beat NC State a couple of weeks ago, and everything I thought I knew about either of these teams is just being called into serious question. Maryland might be the worst 5-1 team in the country.

If the Blue Devils don't win this weekend, it will have been a full calendar year since they won a conference game -- the last win coming October 20, 2012 against North Carolina. Virginia, on the other hand, still can't decide what kind of team they want to be after beating BYU, flopping against Pittsburgh, and then stealing defeat from the jaws of victory against Maryland. For all I know, the Cavaliers come out of the locker room for pregame warmups and try to form a layup line. Toss up game here, but what the hell, #goacc. 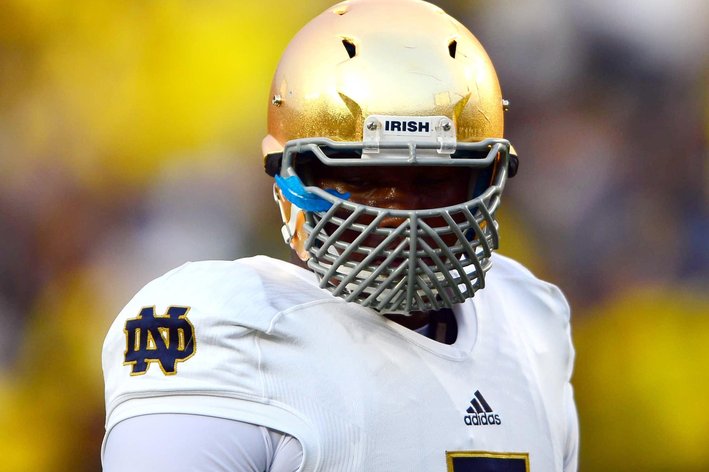 Isn't it a shame that this rivalry is such a shell of what it once was? Now, last year USC was the preseason #1 team and Notre Dame the post-regular-season #1 team, but that's part of the incredible nature of the fall they've both taken. They each sit at 4-2, average in every way, with nothing really even noticeable outside of USC having freed themselves of Lane Kiffin. Toss up game, I'll take the home team. Irish cover 3.

Quick update on America's team here -- the Monarchs started the season by being put up for slaughter (a very profitable slaughter, to be clear) against Eastern Carolina and Maryland, before winning four straight against the murderer's row of Howard, Citadel, Albany, and Liberty. Meanwhile, Pittsburgh has played a cumulative of 60 minutes of football this month, all in a 19-9 loss to Virginia Tech. Lord knows they're itching to get after it. No official line on this one, but this is far too important for such technicalities. I ran a random number generator in Excel for the range of 20 to 40 and it spat out 28, so that's what we're going with Pitt covering.

Louisville had a tough showing last week against Rutgers, and that was even at home. Teddy Bridgewater's Heisman discussions have also calmed, not that he's a top-10 QB any way you slice it or anything. The Cardinals also had their worst rushing performance of the season against Rutgers, though it should be pointed out the Scarlet Knights are the 5th-best rushing defense nationally. This is the Cardinals' best chance to lose for the rest of the season, but I just don't see it happening.

Stanford is coming off its first loss of the season at the hands of Utah, and returns home to continue a dangerous stretch against an under-the-radar UCLA team that's looked really good. (How is the #9 team in the country under-the-radar, you ask? Easy. They're not in the $EC.) I see this being a fantastic game that ends up really close. I think Stanford wins, but that it's a 4-point game or less.

Well that about does it for this week's picks, sure seems boring around the ACC...

Did you really think I'd forget?

If the ACC has recently had a pregame "Game of the Year" candidate (which it legitimately may not have until now), this is it. Clemson plays host to College GameDay for the second time this year, and plays host to #5 Florida State in a game that will set the tone for a lot of things on the national landscape down the stretch. As I look at this game, I see two teams that are competing to be the ACC's national championship candidate. After the dust settles on Sunday morning, we'll know that the ACC is down to 2 major contenders at best...because we can't forget about currently undefeated #10 Miami here. These teams each have high-powered offenses, and Jameis Winston might be up for the "breakout player of the year" award if there were such a thing. Each team has a bit of an advantage over the other, as I see it. Clemson is more tested so far this year, having beaten uga to open the season and having played 4 conference games with 2 being on the road. However, Florida State has a more well-rounded offense with a better rushing attack, as well as a more dominant defense. This should be an incredible game, and you'd better believe I'll be watching. Tough environment for a road team to win in, but...

There it is readers. Those are my picks. Time to tell us yours!