Not a good day for the DWAGS...

Share All sharing options for: Not a good day for the DWAGS...

Meaning it's a fantastic day to link to articles that make us look better. First, the sports related one:

One of the best draft prospects coming out of Athens was TE Orson Charles. That is, until he had a bit of a crappy combine/pro day combination. Now it's looking a little more dreary for him going into next month's draft: he was arrested for DUI this morning. No doubt, the kid's had a rough week, and you have to feel for him. But then you remember he's from georgie, and you feel a little less bad for him.

On a less sports-related note but a more lol-it's-georgie note, some of Athens' finest freshmen have been joined in Creswell hall by a ton of rats....and not the "Tech freshman" variety (RATS), the has-a-tail-and-eats garbage variety. The infestation has apparently become pretty rampant this year, and I say "this year" because apparently they always get infestations in the winter but this year has just been particularly bad. If there was ever a moment I was more happy that I didn't go to uga, I cannot for the life of me remember it. I'm even more happy about it than when I found out about the security guard that keeps the dorms safe up there. For those unaware of what I'm talking about, here's a picture of him on duty: 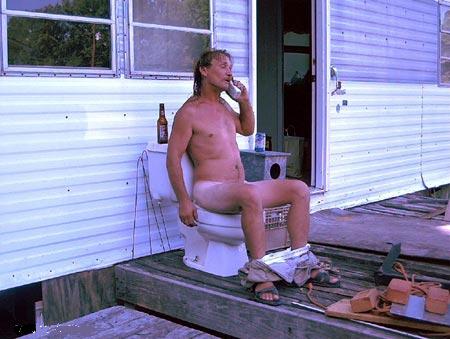 Wait, crap....no, apparently that isn't a security guard. It's a third-year student. My mistake.

One more thing I'll mention today is the new SBNation YouTube show featuring Jason Kirk (of SBN Atlanta) and Spencer Hall (of EDSBS.com) named Shutdown Fullback. If you haven't seen it yet, I would highly recommend you watch it. Seriously, that show is one of the best things that's ever happened to the internet. Happy Friday everyone. Have a great weekend, and GO JACKETS! THWg!