Monday Afternoon Rumor Mill: Where I guarantee that you didn't see this coming

Share All sharing options for: Monday Afternoon Rumor Mill: Where I guarantee that you didn't see this coming

This likely won't be a consistent, daily feature, but as relevant rumors worth noting (recruiting-related and otherwise) come up I'll probably throw one up. Because who doesn't like to speculate about ridiculous things only to be shot down due to them being, well, ridiculous?

The first big one concerns conference realignment. Yes, that again. But this time it hits a little closer to home. There's a rumor being reported by Kelly Quinlan of JacketsOnline.com that comes from a couple contacts he has who work for a certain company with four-letter name (it doesn't start with F, either). This rumor states that the ACC is pushing pretty hard to get Notre Dame and Rutgers to join the conference, which would make the conference round out at 16 after the addition of Pitt and Syracuse. However, they're saying that this scenario does not have as much weight in likelihood as the next rumor: one that involves Tech leaving the ACC. (obligatory)

(now that you're hooked, rest of the story is after the jump)

You read that right, there's a rumor with a little more smoke than the other one mentioned that involves said four-letter TV network pushing on the Big Ten (or so) to add Notre Dame, Rutgers, Maryland, and Georgia Tech by the year 2016. Georgia Tech would be offered $25-30 million in TV revenue (from the Big 10 network), meaning travel issues would be nonexistent. The same group expects the SEC to go after NC State and Maryland, also trying to reach 16. (Personally, I get the feeling that if the SEC gets Maryland, the Big Ten goes after Virginia, while the Big Ten getting Maryland would mean the SEC would go after Virginia Tech.) It'll be really interesting seeing where this goes over the coming months and years. Folks expect the scene of conference realignment to heat up again at the end of this season, so we could see something around that time or earlier suggesting this will happen.

My personal opinion is that a move to the Big 10 would be a great one. It'd be a big step up in football, a small step down in basketball, a positive step (if any) in academics, and would make us a big fish in a seemingly small pond in baseball. We would get a lot more publicity nationally and would have an easier time recruiting kids if they knew they were going to get more national exposure than they get now. This type of move will be debated as far as who does and doesn't like it (older alumni in particular may be pretty against it), but I for one would love it. 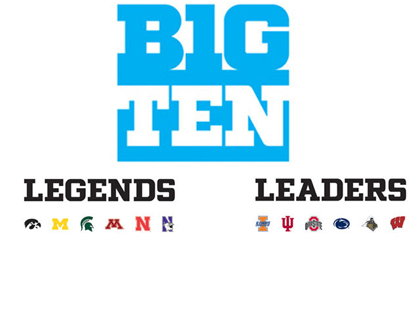 For recruiting rumors, remember the two awesome, enormous Tri-Cities linemen? Quinlan is reporting that Shamire Devine has his top 3 schools as GT, Bama, and georgie, in that order. He wants to be a Computer Engineer (not offered by the other two), and neither Bama nor georgie seems to have much interest in teammate Jeremi Hall. They will not be a package deal, but it is a major plus that we're giving them an opportunity to play together. So far I like our chances with this highly-touted duo of monsters.

The only real GT-uga recruiting battle at this point is over DE Naim Mustafaa (Alpharetta, GA), and folks in Athens are not feeling too good about them winning this one, while Tech seems pretty confident on where we stand at the moment. He hasn't been rated by any of the "Big 3" services (Rivals, Scout, ESPN), but there's a lot of excitement surrounding him, suggesting he'll be a 4-star prospect.

How do you feel about a potential move to the Big 10? Like it? Hate it? Should we go independent? Should we not discuss rumors any more? Let's discuss these rumors and opinions and the like.