Getting to Know our New Recruits: Defensive Wrap Up

Share All sharing options for: Getting to Know our New Recruits: Defensive Wrap Up

Now that we've discussed each recruit of our 2012 recruiting class, it's time to talk a little bit about how they'll work together as a unit. Yesterday we discussed the offensive signees, and now it's time to discuss the defensive signees. So without further ADO..... (see, I've learned things about words since I started writing here!) 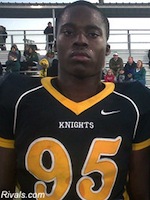 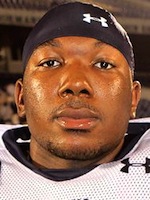 The 3-4 defense requires a pretty distinctly different type of personnel than the 4-3, and one of the biggest issues we've had since our switch a couple years ago basically equates to trying to make a steak dinner using ground beef...it can still be decent, but never quite the same. Last year we addressed the '4' part by adding a lot of linebacker talent, and this year was clearly an effort to address the '3' part. The four guys we signed at this position look to be difference makers in making our defense a complete, effective unit. Gotsis was recruited as a NT at 6'4", 295lbs (and expected to add another 20lbs to his frame), but could end up at DE if he doesn't change his size. Kallon is a fascinating story, coming from England and never playing football until spring practice before his senior year of high school, and ending up with ump-teen scholarship offers and a four-star rating. Chungong seems pretty underrated with serious discipline and lots of physical tools at end, and Gamble should give Gotsis quite a lot of trouble at keeping the starting spot. We have an awful lot of talent in this class on the defensive line, something we desperately needed coming in. Not sure at this point whether or not they'll all redshirt or if any of them will see playing time this fall, but looking at Johnson's history with redshirting, he'll likely retain that discipline and not waste eligibility on anyone who isn't ready to be a real difference maker yet.

After a great linebacker class last year, we didn't have a desperate need with this class. Still, we got two solid prospects from Alabama in Stargel and Hankins. Stargel is thrilled about coming to Tech and looks like an inside linebacker in size and strength. Hankins was a last-minute signee that we had visit just before signing day and is likely well-suited for the outside linebacker slot that Jeremiah Attaochu currently holds (which involves a lot of pass-rushing relative to other linebacker slots) based on his size, speed, block-shedding capability, and tackling ability. Both are likely to redshirt, but should end up seeing plenty of playing time shortly after that. 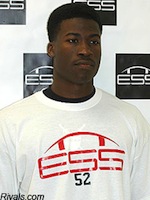 We have a young secondary where we return 3 starters in Rod Sweeting, Louis Young, and Isaiah Johnson, as well as a likely switch to safety in breakout player Jemea Thomas and a guy who was injured but many are really excited about in safety Fred Holton. That being said, D.J. White and Lynn Griffin look to be good additions for our secondary. Griffin in particular looks like he plays similar to Troy Polamalu, with a nose for the ball and some truly violent hits on ball carriers. White has lots of ball skills and could end up at either corner or safety, as well as playing on the return teams. He has lots of great instincts and skills that we can really put to use on the field. Autry is going to be an interesting case. He played both ways at Norcross, and there isn't a clear-cut intention for him on the team yet. Some sources say that he's a strong kid with good hands who loves to block and therefore will be a great WR for us. Others say the coaches are really excited about the thought of him playing corner, meaning that's where he'll end up. I say you turn him into a "defensive wide receiver", which translates to safety. Maybe he ends up being a role player, seeing time on both sides of the ball in situations that could use his many skills. Clearly it's going to be a problem finding a place where he fits in best, but honestly, that's about the best kid of problem you could ask for, where he has all of these skills with no clear way to apply them all. These 3 guys are an exciting group of players, and one where any of them could see the field as freshmen if they stand out in camp and earn a spot. 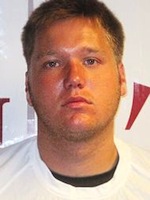 CPJ has gotten into the practice of offering kickers and punters scholarships in recent years. This is a pretty unorthodox practice in recruiting, but I have no problem whatsoever with it. Johnson understands that special teams can win or lose a game for you, and it's crucial to have players in positions that can really help out. Johnson recognized a need that we have in getting our punting situation together, and went out and got a guy who can do a lot for us in that area, and likely will compete for the starting job this fall. Rodwell has quite the leg, and hopefully will continue to develop it and at least give Sean Poole a good run for his money this fall.

Overall, we came into this year's class needing help on the defensive front first and foremost, and we definitely got it. After that, we needed some added depth to the secondary, which we did another really good job at. Two promising linebackers and some special teams help rounded out the class, one that I'm really excited and optimistic about . As mentioned yesterday, this is regarded as Johnson's finest recruiting job at Tech. Hopefully he can build on that success and do an even better job next year!

Tomorrow, Nate will have a look at next year's recruiting situation for you, before we likely go on a bit of a hiatus after all of the articles we've written of late. Have a great Thursday everyone!