Getting to Know our New Recruits: Offensive Wrap Up

Share All sharing options for: Getting to Know our New Recruits: Offensive Wrap Up 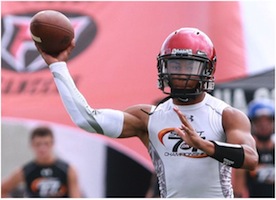 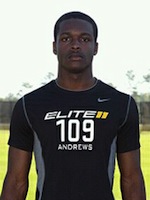 This part of recruiting really could not have gone any better for us this year. We got two great prospects who each bring a slightly different set of skills to the team and who will be major weapons for us in years to come. I'm really interested to see how these guys and Vad Lee contribute to our offense, relative to the contributions of Tevin Washington and Synjyn Days. Thomas, Lee, and Andrews were much more highly touted prospects than the 2-star Washington in particular. The coaching staff expects for Lee to win the starting job by the time fall starts, so we should have an opportunity to see how these 3 young QBs impact our team very soon.

We didn't sign any A-Backs this year, but really that's fine. For us right now, A-Back is a good position for QBs, BBs, and WRs who don't really pan out too well at their own position, but who the coaches still really want to get on the field. For instance, if Synjyn Days doesn't make it onto the field too much as a QB, we'll move him to A-Back to get him playing time and make use of his skills as a ballcarrier. Similarly, if Charles Perkins doesn't win the B-Back starting role (or at least see significant time in it), he'll be switched to A-Back to get him on the field and use his athleticism. There's a lot of talk about one of our WR recruits playing A-Back instead of receiver, but we'll talk about that in a second.

(other positions after the jump) 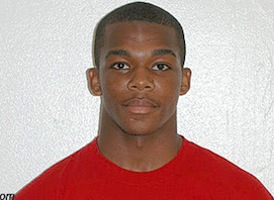 Marcus Allen was recruited as an athlete who can play B-Back or Linebacker, but all indications are that he'll play B-Back for us, and do a good job at it. There are a lot of folks excited about his potential as a B-Back, and a lot of folks (read: me) worried that he'll pan out better than what equates to my man crush on the team (read: Charles Perkins) and that I'll never really get to see him on the field. Allen is a good ballcarrier who's exactly what we're looking for in a B-Back: strong, pretty quick (vertically and side-to-side), and a total pain in the ass for defenders to bring down. Look for big things from him sooner rather than later, as we really don't have a well-defined, dominant starter in the B-Back slot. 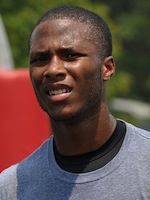 This set of guys is a really interesting one. As I referred to earlier, Michael Summers was recruited as a WR, but there are many who see him being worked into the offense as an A-Back, particularly for his abilities as a ballcarrier and as a receiver in the passing game (at 6'1", 190lbs he's also a bit small-ish for what we usually go for in receivers as well). Personally, I would love that, because a lot of what our passing game lacks is a reliable target at A-Back. As for our second WR, he's another really fascinating case. Travin Henry's a big kid with some big-time playmaking ability as a pass catcher that nobody knew about until he had committed to us, but that everyone wanted once he did. He's not a speed demon, but is very strong and can really use his size to impose his will upon the secondary. I think he'll work into CPJ's scheme brilliantly. Johnson's looking to fill out the normal flexbone formation, which contains two receivers, with one "burner" receiver, who can use speed and athleticism to contribute to the passing game, and one big receiver/tight end type, who will use size and good hands to contribute to the passing game as well as a blocker in the running game. Henry will certainly fit in at the "big" receiver role, and seems to be an almost perfect match for it. Also worth mentioning with this group is that one of the DBs we recruited, Anthony Autry, could end up at the wide receiver slot as well depending on what the coaches decide he's best suited for. 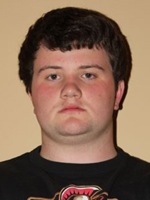 This could end up being the most underrated group of all of our recruits in this class. Neither guy got much attention in their recruitment, but there's a lot of evidence present to suggest that they can each be pretty imposing O-Linemen. It's good to see the O-Line unit quickly becoming one of this team's strengths. However, that means that this group likely will each redshirt before seeing any playing time. As mentioned in the articles, Burden will likely start as a center and Roberts is likely to start as a guard, though each has flexibility to play any position on the line. They're both really strong and will provide a lot of run blocking power for our offense, meaning once again Johnson has done a great job of evaluating talent and recruiting guys who will fit his system perfectly.

Overall, I'd say that our offensive recruits met our needs coming in. We needed some more help at QB and got it, needed another option (lol, puns) at BB and got it, we needed receivers to replace Tyler Melton and Stephen Hill and got them, and needed to continue building our line after the loss of Phil Smith, which we did. This is regarded as Johnson's best recruiting class to date talent wise, though I'm also very satisfied with how we met the needs of our team.