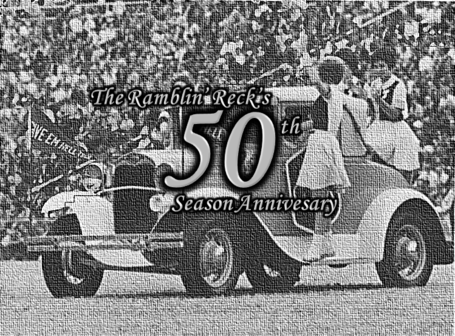 Purchased on May 26th, 1961, the Ramblin' Reck became an instant symbol for Georgia Tech students and alumni. When it first drove onto the field against Rice on September 30th, 1961, it became an instant favorite amongst the fans of Georgia Tech Athletics as well. The Reck has been present for 319 consecutive home football games with UNC being number 320. The Reck has traveled as far West as Denver and as far North as East Lansing following close behind the Georgia Tech the team buses. The Ramblin' Reck has been to two basketball Final Fours and multiple postseason college football events including both of Georgia Tech's ACC Championship Games. In fact, the Reck has been a part of the tenures of 10 different head football coaches and 5 head men's basketball coaches.


Cheers to the Ramblin' Reck! May it run for another 50 story-filled years!