Bird: Personally, I don't think Bud Foster has figured out this offense. If Tech comes in to this game with a healthy and game-experienced QB, I think we'll run all over the Hokies. The Hokies could be undefeated and ranked #1 in the country but I have absolutely no faith in a Bud Foster defense slowing us down after watching Nesbitt demolish the Hokies and Tevin almost get Tech back in the game again late last year in Blacksburg. Tech will defeat VPI.
Winfield: Bird brings up a great point. We lost last year because we failed at special teams. And even then, we drove down the field only to turn the ball over at the last minute. What scares anyone about Virginia Tech other than the name "Virginia Tech" (marketing genius)? Not much from a Georgia Tech perspective. This game will be huge. Tech takes it. 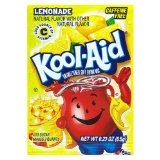 Bird: I thought we should have won two years and I had some hope we'd win last year. Much like Bud Foster, Georgie hasn't really figured out the triple option like UNC or Miami have in the past couple years. I'll never pick the dogs to win anything so Tech wins.
Winfield: Drowning myself in Yellow Kool Aid. Picking the bulldogs to win just doesn't happen.

Bird: Tech is due for a date in the Sun Bowl or Music City Bowl. I'm gonna say Sun Bowl against the feisty Utah Utes. Tech loses a close bowl game again finishing 9-4, which is still an improvement over 2012.

Winfield: Orange Bowl. Where else?

Ok, so through this entire schedule prediction scenario I fell into the trap to set very high standards for the Jackets. Based on my quick, trigger happy projections, we're going 11-1. A more realistic goal is to get to 8 wins during the regular season and win the bowl game. 8 wins will define and improved season for me and getting to 9 will be successful.