Heisman Joe Is Back In The Coaching Ranks

Share All sharing options for: Heisman Joe Is Back In The Coaching Ranks 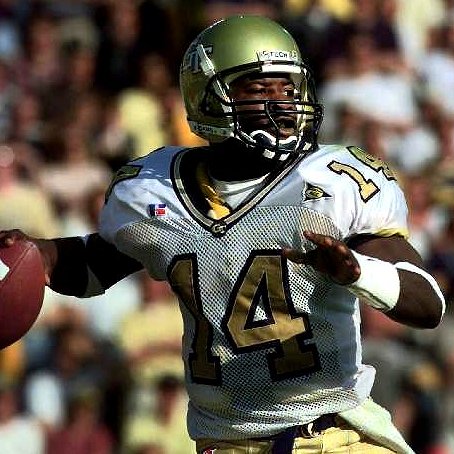 We all remember Joe Hamilton well, the player that led Georgia Tech to a victory over #6 Virginia and ended his career with 10,640 yards, 65 passing touchdowns and 83 total touchdowns, not to mention many ACC and national awards.  We also remember that he was hired as a player personnel assistant at Tech in 2008 and we were all excited.  He then was subsequently arrested for DUI, hit-n-run, and other charges just a few short weeks later and was forced to resign, at which point I think we all became disappointed and a little sad.  The two year time period of '98 and '99 was a culmination of life events for me that have really shaped my future and as such, events during that time period seems to stand out in stark contrast to years before and after when I look back on things.  Joe Hamilton was a part of that and I've followed him throughout his career.  The DUI and resignation of Hamilton hurt me as if he were my best friend or my brother.

That being said, I'm very proud to hear that Georgia State University has promoted Hamilton to running backs coach in replacement of Todd Perry after serving as an intern on Bill Curry's staff for the past year.  Here's Hamilton commenting on his effort to get back into coaching, per the AJC:

"I made a mistake," he said. "I worked my butt off to correct it and worked to make sure that I'll never put myself in that position. I have a new lease on my dream. I did it the right way. It happened because of me grinding and being responsible. The thing I'm most proud of is I spent the past year doing the same type of work that any other coach would have to do. Nothing was given. Everything was earned."

This pleases me greatly.  He made a grave mistake and it cost him his dream job - a chance to coach at the school he played for and achieved so much at - but I think anyone who read his comments then could easily see that he knew and understood what his mistake was and what it would take away from him.  To be able to work his way back into coaching, even if it's at Georgia State, is amazing and shows the dedication of our great Heisman Joe.  I wish him nothing but the best and maybe one day we'll get to see him back in the White & Gold.