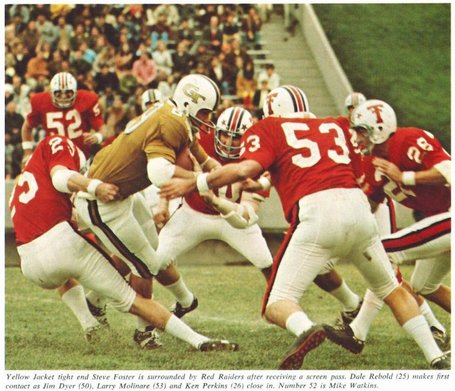 Georgia Tech has been invited to play the Utah Utes in the 2011 Sun Bowl in El Paso, Texas on December 31st. More information can be found at the Sun Bowl's website. Tech has been to much less exciting bowl games over the past and this one is nothing to be sniffed at with a payout of $1.9 million per team.

Georgia Tech has a history with Utah and a debt to settle with them as well. Back in 2005, the Utes beat the Jackets 35-10 in what is now the Kraft Fight Hunger Bowl. That loss also began the bowl game losing streak.

The Yellow Jackets also have a history with the Sun Bowl. They played the Texas Tech Red Raiders there in 1970 and won in a defensive battle 17-9.

Please use this as your open thread for the night to discuss the rest of the night's festivities.