I'd like to preface this post with the fact that the Utes have played some pretty good special teams in 2011. The Utes have only allowed 16 offensive drives to start inside their own 50 (11.5% of all opposing drives). Therefore, the defense's numbers get some big time boost. The Utes only allow 1.47 points per opposing drive. Throw in 4 defensive touchdowns and you're talking about a stout defense. The defense is only allowing scoring drives 25.9% of the time and touchdowns on 17.3% of all offensive drives. When the Utes accidentally turn the ball over, however, the defense gives up a score 44.0% of the time and 2.72 points per drive. 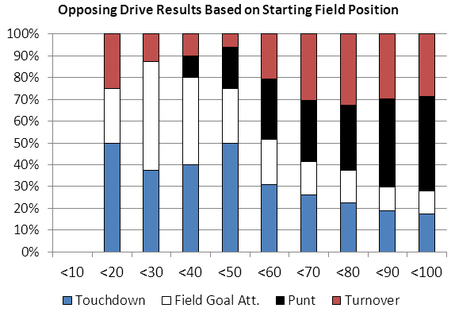 Yes, the Utah defense forces a turnover on 28.8% of opposing drives. They are 14th in the nation in turnover margin differential at +0.83/game, which is easily first in the Pac-12. Another interesting fact is that Utah is 2nd in the country in 4th down defense. They have only given up 5 fourth downs in 19 tries. Paul Johnson has gotten a little more cautious in 2011 but since 2008, Georgia Tech has been second in the country with 2.19 fourth down attempts per game. Troy Calhoun's Air Force team is first with 2.31 fourth down attempts per game in that span.

Do you have any thoughts on the GT offense versus the Utah defense? Let us know. Type a few random words together and make a sentence!