Share All sharing options for: Swagger Poll Closed: Results too Close to Call 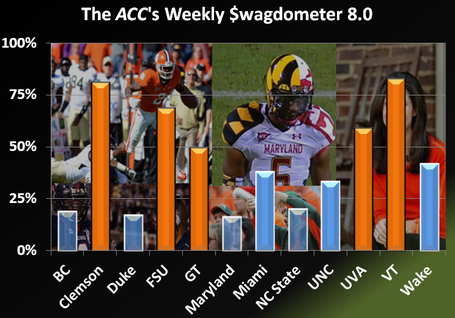 Virginia Tech edges Clemson for the Tajh this week despite the fact that VT has yet to clinch the Coastal. VPI won by a 1.8% margin. I guess 1.8% more of America felt that there was more swagger in defeating Georgia Tech on the road than clinching the Atlantic and narrowly defeating Wake Forest at home... Boom. My motto for every football season: Don't expect great things when you lose to a turd (Miami) or defeat Clemson (a given). You gotta win one of the big ones.