Georgia Tech vs. Virginia: I'm Tired Of Being Sad About A WIN Over Maryland. Bring On The 'Hoos!

Share All sharing options for: Georgia Tech vs. Virginia: I'm Tired Of Being Sad About A WIN Over Maryland. Bring On The 'Hoos!

It's Wednesday night. I'm in Bloomington, Indiana. My stomach is full on a pork chop, brussel sprouts, whipped sweet potatoes, a Three Floyds Beer, oh and a bourbon on the rocks. You know what that means? I'm happy and satisfied. Yes, I'm satisfied and after catching up on the articles and comments from yesterday, I feel something attacking my feelings of satisfaction and I won't have it! No sir, I won't!  We beat Maryland! Time to move on fools! Hump day is gone and past and now it's time to focus on the future, those Zima-drinking, orange pants wearing, rather be wearing suits Virginia Cavaliers.

During the Paul Johnson era, Georgia Tech has gone 2-1 against Virginia and has outscored the opponent 85-42.

Woo Virginia! Where the fight song requires you to wrap arms with your neighbor and Thomas Jefferson is a stone idol with laser eyes. The land where Georgia Tech couldn't win until Paul Johnson stepped in and took over business. Remember 2009? Jonathan Dwyer sure does:

And that's when Al Groh realized that he couldn't beat Georgia Tech anymore. So he joined Georgia Tech. And then in 2010, Al Groh had the state of Virginia locked up in his defensive vise grip (Hokies, you know Groh had you owned). And now our beloved Yellow Jackets have won two straight against the Wahoos and it's time to take a third, a second in Charlottesville. Oh, as if we needed yet another inspiration to take down the Cavaliers, it's their homecoming. I love being a homecoming spoiler!

Now it's time for all of us to hop back up on the bandwagon and remember that we're 6-0. The first team in 2011 to become bowl eligible. We won while we played like crap. Who does that these days? Last year's team sure didn't. Sure couldn't.

Virginia is coming off a bye week after a disappointing win...against the Idaho Vandals. We're coming off  a week were a coach notoriously known for perfection admitted he erred in his preparation. Who do you trust?

Me? II trust the Skipper. And I'm going back and drinking the Kool-Aid because I still can. 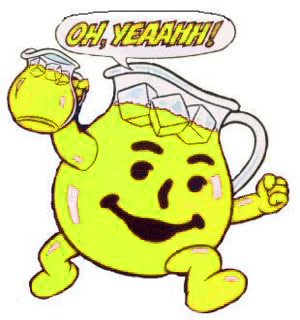