The BCS National Championship Game is tonight and we here at FTRS evaluated the truest factors of the game, cheerleaders and mascots. It's up to you to decide. Vote in the poll at the end

While putting this together we realized something: this competition is more than just the Pac-10 vs. the SEC. It's the Old Guard vs. the New. Traditional vs. Trendy. Formal vs. Hot. Can you guess who represents what? 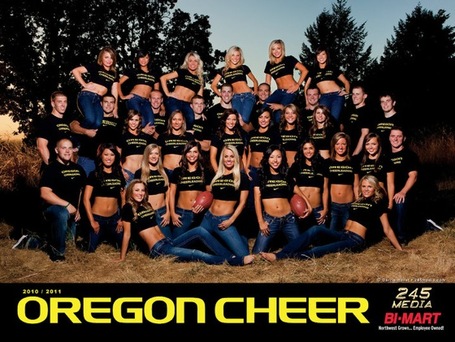 via www.getsportsinfo.com
The Oregon squad goes for midriff (+1) and haystacks (+1 for leading on the the imagination) 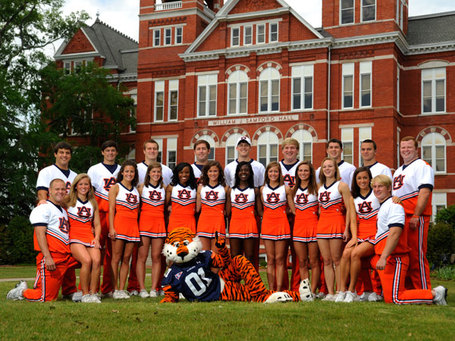 The Auburn squad goes for tradition and formalities as they stand in front of a fancy building wearing the traditional cheerleading garb.
Cheerleading squad champ: Oregon

Puddles isn't afraid to fight either

Final pick: Well while Aubie brings humor with his large sized feet, Puddles brings the bravado and isn't afraid to do what needs to be done. Plus, he's an old version of Donal Duck. Advantage: Puddles