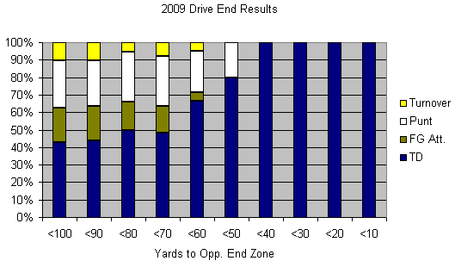 We didn't turn the ball over once when we only had 50 yards to cover as an offense. Less yards to cover meant less offensive plays to score and less opportunities to make costly mistakes. Good field position also meant we could go for it on 4th down more aggressively because we weren't in the shadow of our own goalpost further extending our lengthy, bone-crushing drives. 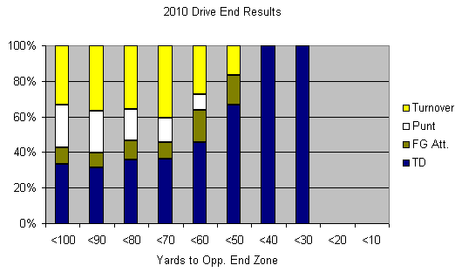 Also of note, my former roommate/wingman, Yakub2 wanted to know about GT's turnovers today as well so I started researching our turnovers. In 2009, we fumbled 30 times and lost 12 of those fumbles. We also threw six picks and failed to convert meaningful fourth downs six times. That's a total of 24 turnovers in 14 games (1.71 turnovers/game). In 2010, we've fumbled 11 times and lost 5 of them. We've also failed to convert 5 meaningful fourth downs and thrown one pick so in 2010 we're averaging 2.75 turnovers a game. That's 1 More T/O Per Game!

The only positive note about the turnovers is that in 2010, opponents aren't converting their turnovers into as many points as they did in 2009. In 2009, opponents scored 5 touchdowns and attempted 7 field goals proceeding Georgia Tech turnovers (50.0% scoring attempt rate following T/O's). In 2010, they've only scored 2 touchdowns and attempted 2 field goals after GT turnovers (36.4% scoring attempt rate). The problem is more so related to our turnover rate.

What do you all think? What will it take to right this ship? Is the 28% increase in fumbles per game destroying this team's shot at repeating as ACC Champs?