Matt Kuchar And The FedEx Cup Come To Atlanta

Share All sharing options for: Matt Kuchar And The FedEx Cup Come To Atlanta 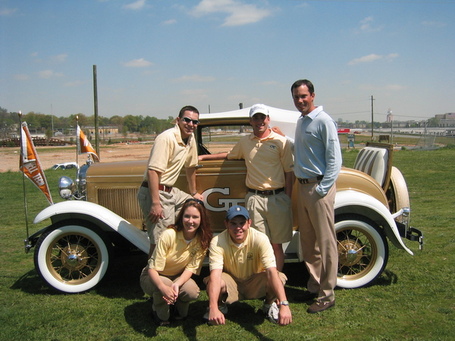 If you've been hiding in a cave lately and missed out on the most recent golf news you would have missed out how Georgia Tech alumnus Matt Kuchar has taken the gold world by storm. Here are some links to catch you up as the FedEx Cup tees off today at East Lake here in Atlanta.

Matt Kuchar’s scenario in FedEx chase is simple: win
The St. Simons Island, Ga., resident has been atop the FedEx Cup points list since winning The Barclays, the first Tour playoff event last month. Now, he returns to the city where he played college golf and one of his favorite courses, the East Lake Golf Club in Atlanta, to try and put an exclamation point on his most successful professional season.

The Associated Press: Kuchar again the talk of Atlanta
It's hard to believe that Kuchar, perhaps the most celebrated amateur golfer at Georgia tech since Bobby Jones, wasn't even sure he wanted to turn pro when he graduated a decade ago.