Share All sharing options for: Indulge Yourself In Georgia Tech Social Networking

I haven't quite gotten over how popular and mainstream Facebook and Twitter are in today's world. It's still weird hearing it being talked about in everyday normal conversation. Nevertheless, we should all embrace technology and be totally saturated by cool Georgia Tech social networking.

You're already reading this blog, so you're on the right track and fairly connected to what's going on. But are you saturated with information yet? No? Here's how you can get on our level.

Are you an ultimate fan of FromTheRumbleSeat? Do you follow us on twitter? Keep up with all the latest GT and FTRS news as well as playful banter such as this as well as other arguments such as tailgating food, booze, stadiums and boston college fans. Below are two examples:

Don't just stop at seeing what we have to say! There are plenty of other folks that bring  a unique perspective to Georgia Tech athletics. Follow these folks as well:

The Hive - The Hive is the largest community of Techies: @TheHiveGT

Scott Carson has also created four twitters lists that allow you to follow GT Coaches of the Past and the Current as well as GT Players both Past and Current.

Finally, there are 2 other groups we strongly recommend you checking out if you haven't already.

1. The Goldfellas.They've been around for 12 years and finally have a working and competent facebook page. And the rumor is that they're actually updating their website! You can also "friend" GhettoBuzz. He's the old guy with the wings that are falling apart and the leader of the Goldfellas. He's one crazy yeller feller! 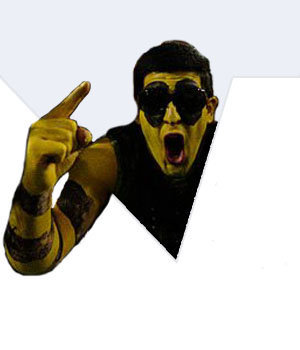 And finally....if you are a student, but don't know where to sit for football games, or you want to merge with some GT Superfans, join the B-Back Brigade. Last year the B-Back Brigade was the largest block of non-Greek students in the stadium and promise to be just as big this season.

There are plenty of ways for any Tech fan to get connected to Georgia Tech football. We suggest you try them all!