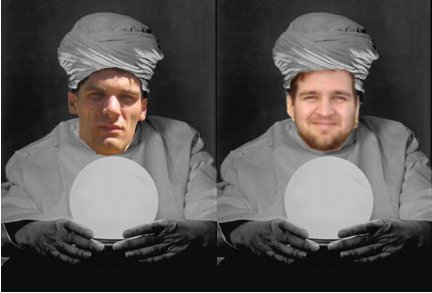 From the September Prognostication, Bird predicts the Yellow Jackets to go 3-1 while Winfield picked 4-0, barely while teetering on the edge. The UNC game is scary big and must be the one circled on the calendar for September and for all intensive purposes, is a must-win.

Bird: Wake Forest is rebuilding.  Good teams don't lose to squads that are rebuilding.  I have a hard time picking the Demon Deacons in this game besides the fact that they've had a penchant for knocking us off at the most inopportune times.  GT should win big.

Winfield: Without Riley Skinner, I said that Wake Forest had a QB threat level of minimal. I'm not worried about their offense but I could believe that their defense plays well against us for stint. While Wake will give us a fight in the first half, we will put them away in the end. Tech goes ahead early in the 2nd half for good.

Winfield: Homecoming 2008 revenge during Homecoming 2010 + Al Groh's chance to stick it to his old squad. I don't put too much stock in UVA this year. Victory Jackets.
Sidenote: I am tired, really tired of hearing how our home schedule sucks in the even years (it does.) So I give my best to Mike London as he tries to turn the Cavaliers program around. UVA has seen good years before and it would be fun to beat a solid Virginia team again.

Bird:  UVA will be pretty abysmal this season.  They've had several veterans transfer out and they were pretty terrible last season.  I'm pretty sure Paul Johnson continues his first year head coach winning streak from the Kansas game and on through Mike London.

Bird: Dwight Dasher is kinda like the new Omar Jacobs or Daunte Culpepper or [insert midmajor freak quarterback].  MTSU may be able to fool some teams but they're not gonna sneak by Tech.  The only concern I have is with this game is that we drop in rankings after allowing 500 yards passing to an unranked squad.

Winfield: Dwight Dasher made me slighly nervous and if he gets to play, he still does. However, one quick quarterback with minimal ammunition around him will not get the job done.

Winfield: Just as UNC was the big game of September, so too is Clemson THE game for October. Too many times have I seen a promising season's dreams dashed in Death Valley (see 2006) where we have been flat, just so flat. I am never one to overlook the Tigers. With experienced Kyle Parker returning to play football and the combination of Andre Ellington + Jamie Harper, the Tigers could play spoiler again. Clemson is always a big game, the trips to Death Valley are incredibly fun and intense, and the NCAA football odds always predict it. I get nervous thinking about games like this because we have owned Clemson as of late and I fear this year the tables may turn.

Bird: The Game of October.  Tech has a 4 game winning streak against the Tigers the longest winning streak since our 1997-2000 win streak.  Tech hasn't won 5 in a row against the Tigers since our 1908-1968 dominance of the Tigers where the Jackets won 28 and only lost 2 games (all played in Hotlanta).  Since joining the ACC, Tech has only defeated four conference opponents 5 times in a row (Maryland, NC State, Duke, and North Carolina).  I don't think Clemson will join the Research Triangle's ranks.  Even though I think Dabo is an idiot and I really hate Clemson, I'm worried that Clemson will edge Tech in an ugly late October game.

In proper Halloween fashion, Clemson scares us the most. For the season Bird says the Jackets stand at 6-2 while Winfield is has a slightly more optimistic 7-1 outlook going into the game of the year: Virginia Tech.

What game in October scares you the most?