Now For The Great Debate: The Annual Uniform Discussion

Share All sharing options for: Now For The Great Debate: The Annual Uniform Discussion

Every year we go through the same thing because we are desperate to talk about anything that is closely related to football: the uniforms of Georgia Tech. And, fortunately for us Russell feeds the talks because they change the uniforms every year! By far, the best uniforms every to come out during my time at Tech were the "Throwback Thursday" uniforms, I even have my players wearing them for my XBox dynasty. 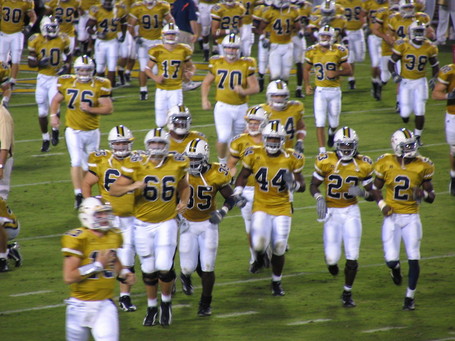 Man, we looked good that game 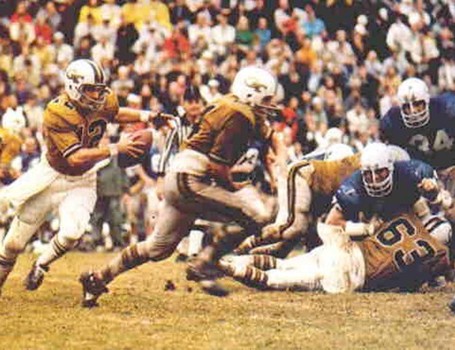 But those uniforms are stuck back in the vault of history and the past. We'll talk about the 2010 uni's after the jump!

The evolution of jersey during the Paul Johnson Era 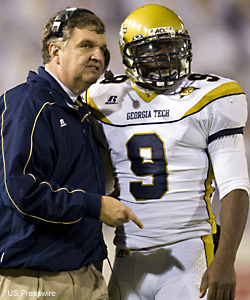 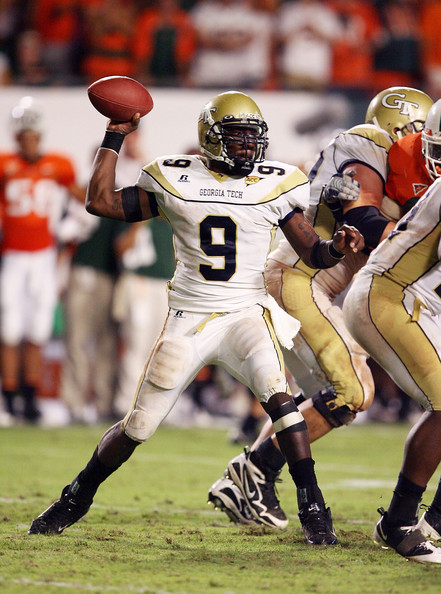 Last Friday, Tech unveiled the 2010 edition of the uni's and both versions, home and away are white mostly white with a stripe down the middle. Gone is the yellow jersey we never wore. In fact, the blue trimmed jerseys (on the left) will be deemed as the road uniforms, while the gold trimmed jerseys will be home. What would Jim Grobe do this year if Wake Forest played here this year and have no way of forcing us to wear colored jerseys?

The jerseys also caught the attention of the uniform blog, UniWatch, who discussed the jerseys this morning.

Such distinctions notwithstanding, is that a miserable design or what? If forced to choose, I'd go with the road version, but it's a train wreck either way. Yeesh.

I was kind of a fan of the mustard/swamp yellow we saw in 2008, not a  huge fan of the pale yellow last year, and as bad as it may be, when worn right, an amount of blue can look good.

I'll wait to see them on top of the pads before I make my final decision. But in the end....just win baby.

What are your thoughts? What was your favorite jersey of the Paul Johnson Era? Ever?