Share All sharing options for: The Ultimate Sporting City: Philly vs. Chi Town

In the Stanley Cup bracket, Philadelphia and Chicago square off in a battle royal so epic, it took Winfield 36 hours to conjure up his arguments for Chicago. Winfield's defense of the Windy City follows the jump:

Major Venues
The icons of Chicago are Wrigley Field and Soldier Field. Soldier Field is now the smallest stadium in the NFL, holding just over 61,000 people. Hey folks! That's close to our numbers at Georgia Tech! Opened in 1924, Soldier Field was originally supposed to resemble Greco architecture and the remains of the original architecture remain today. In 2003, the stadium was renovated and now the expansion looks to be sitting on top of the original structure. It has since been called "The Spaceship on Soldier Field". The stadium used to be on the National Register of Historic Places but with expansion came the removal of the title. In addition to Bears games, Soldier Field has hosted the Army/Navy game in 1926, World Cup matches, and is also the home of the venue that saw the largest attended college football game ever: Notre Dave vs. USC in 1927 (attendance: 123,000 people)

What can I say about Wrigley Field that you don't already know? The ivy, the afternoon sold out ball games, and its rooftop seats. Many people travel to Chicago just to sit in the bleachers of the outfield, drink a beer, and pretend they are Ferris Bueller.

In all honesty, if you are a sports fan, you should know enough about Wrigley Field and that I don't even need to talk about it to you.

Chicago is home to the Chicago Marathon, one of the five World Marathon Majors. The list of these prestigious races includes the Berlin, Boston, London and New York City Marathons. The Chicago Marathon has been going since 1977. These major marathons combine and let world class runners compete around the world for a type of world championship of running.

That's a whole lot of losing, and nothing for my team, the Cubs. So Chicago sports fans have to look elsewhere for their sports enjoyment. Whether it's a great ballpark (Wrigley Field) or superstar players (Gale Sayers, Dick Butkus, Stan Mikita, Bobby Hull, Ernie Banks, Billy Williams, Walter Payton, Ryne Sandberg, just to name a few), we've always had plenty of sports excitement to root for.

Unique? Sure, if championships aren't your thing. Obviously, we want them. And when we do win them, the celebrations dwarf anything you've seen (check out video of the Bears Super Bowl parade, any of the six Bulls title rallies, or the White Sox WS parade).

And WHEN the Cubs finally do win a World Series ... now that party will be the biggest one in sports history. We all (well, all except the White Sox fans) look forward to that day.

Great Teams/Sporting Moment
Despite the plight of the Cubs, the Bears of the 80's were the definition of excellence. Under Mike Ditka's leadership, the Bears marched into the playoffs 7 out of 11 seasons, won the division 5 times, and won a Super Bowl (1985). The 1985 Bears Defense is still considered one of the greatest if not the greatest NFL defense of all time. That '85 Bears squad only allowed 12 points/game and won all but one game. The dominance of the Bears and Bulls from the 1980's through the 1990's even inspired an SNL recurring skit:


Great Individuals
Greatest. Basketball. Player. Of. All. Time. 6 Time NBA Champion. 14 All Star appearances. NBA Rookie of the Year. 2 Olympic Gold Medals with the Dream Team. 32,292 career points. Michael Jordan is the great hoopster of all time and arguably one of the greatest athletes of all time. Originating in the ACC, as all great NBA ballers do, Michael ascended the athletic totem poll from his 1981 scholarship offer to North Carolina all the way to his retirement as a Washington Wizard. And his legacy continues to grow as he just recently became majority owner in the Charlotte Bobcats.

Random Trivia
Tech has played five basketball games all time in Chicago, Illinois. We've only won there once. In 1967, Tech traveled up to Chi Town to play in the Chicago Classic. We lost both games to Loyola and Illinois. In 1987 and 2007, we played the first round of the NCAA tournament in Chicago and lost both games to LSU and UNLV, respectively. The lone win was in 2004. Paul Hewitt intended for Tech to travel up to UI-Chicago for a friendly get together with the Flames. Will Bynum was from Chicago and his family had never seen him play a college game. Instead of a friendly family reunion, Paul Hewitt and Bynum found a dogfight on their hands. Tech won 60-59 in a tough OOC battle.

Also, Iman Shumpert is from Chicago.

Winfield presents a strong argument. Here's the case for Philly: 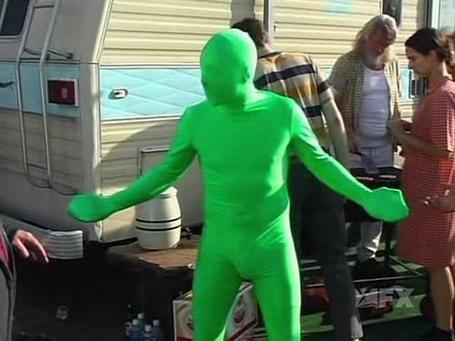 Major Venues
You can't talk Philadelphia venues without bringing up the Vet. Construction of Veterans Stadium started in 1967 and finished in 1971. From 1971-2003, the Vet housed the City's NFL, MLB, USFL, NASL, and NCAA teams. The Vet wasn't famous for the amazing views or the epic games on the field but rather the insane fans of the "700 Level" upper deck seating. The section was host to, "hostile taunting, fighting, public urination and general strangeness." After a 1997 MNF loss to the 49ers, the City assigned a Municipal Judge to the Vet to assist in dealing with fans arrested during the games. The fans weren't the only unruly part of the Vet. The field itself was made of AstroTurf and due to poor upkeep was prone to injuring players. In 1993, Bears receiver Wendell Davis tore both of his patella tendons when his cleat got caught in one of the many visible seams of the Vet's surface.

The Eagles new field, Lincoln Financial Field, is the pride of Philadelphia. The Linc cost 500 million dollars to construct and has hosted the Eagles most successful run in franchise history. The modern Linc eradicated the 700 Level but didn't necessarily quell the fans from being wild. In what was deemed sacrilegious at the time, the team banned cheesesteaks and hoagies from being brought into the Stadium. After one week of City-wide protests, the Eagles reallowed the fans to bring sandwiches back in to the Linc.

The Fans of Philly
Christopher of the Nova Blog admits that he's not from Philly originally but lived there through his academic tenure at Villanova. He explains the fans of Philly:

I've seen my fair share of Giants-Eagles and Mets-Phillies down there. Many franchises are trying to keep the so-called blue-collar fans out and get the millionaires in. Either Philly can't keep theirs out, or they are embracing them whole-heartedly, because I've never been to a game where I haven't been abused verbally for the duration, or taken a beer shower. Now, the other side of that is that they are a bit TOO out of control (see the kid who threw up on a young girl...on purpose), but when the fans get into the rivalry with each other it only adds fuel to the fire for me.

Great Teams/Sporting Moments
I'll admit that I was always a Randall Cunningham fan so talking about the Eagles is not as difficult for me as it is for Christopher. And when you're talking Philly sports, it's hard to avoid three big topics: the McNabb Era, the modern Phillies run, and basketball. The City loves basketball as Christopher points out:

The 76ers are awful, but it's one of the only cities left in the country that truly appreciates basketball. The Big 5 is dying a bit, but if you get into the history of it and actually go to a game at The Palestra between say, Villanova and St. Joes, you'll really get into it. There aren't many places left that can get as into mid-major basketball (with the exception of the Cats!) as Philly can.

During the Donovan McNabb Era, the Eagles made the playoffs 8 out of 11 years, won the division 5 out of 11 years, went to the NFC Championship 5 times, and went to the Super Bowl once. It's one of the greatest runs in modern sports history. McNabb broke every Eagles passing record in the books and is amongst the NFL's most accurate passers of all time.

And to give some love to Chistopher's beloved Wildcats, I'd have to say one of the most famous moments in Philly sporting history was the 1985 Tournament run by the Wildcats. On a wild 1985 April Fools' Day, the Wildcats defeated the heavily favored Georgetown Hoyas 66-64.

Great Individuals
For me, it's hard to choose any particular individual in Philly sporting history. I'm gonna throw out the "Answer", however, as Philly's rep. Allen Iverson was drafted by the Sixers in 1996 as the #1 overall pick from of all places Georgetown University. Iverson didn't disappoint. He was the 1997 Rookie of the Year. He went on to 10 All Star selections and 4 scoring titles before retiring in 2009. Only four other players have won 4 or more scoring titles in NBA history. Only MJ has a higher playoff scoring average than the Answer.

Random Trivia
The annual Army-Navy game is traditionally played in Philadelphia because of the historical significance of the city and due to its proximity to both Annapolis and West Point. In fact, the game has been played 110 times and 82 of them were played in Philly. Philadelphia has only been marginally kinder to the Middies in the series as Navy leads 39-38-5 in games played within the City's confines. Navy leads 15-11-2 in games outside of Philly. Navy actually hasn't lost in Philly since the 2001 game played at the Vet.

You've heard our arguments...now join in the discussion.