Share All sharing options for: Good Cop/ Bad Cop: Was The Conference Expansion Fallout Good Or Bad For College Football? 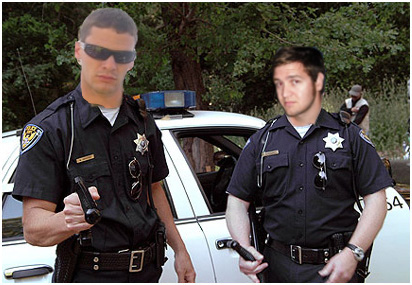 Today we take our sticks and continue to beat the dead horse known as "Conference Expansion". Was the fallout good or bad for college football as a whole? Bird and I discuss while you decide.

The expansion fallout was good for college football because no one conference expanded to 16 teams. Imagine the disaster that would ensue if only a portion had moved to 16 teams while others remained at 12 or 11? or 6? How would a championship be decided then? Arguing would only get worse and we would surely have multiple national champion controversies yet again. No, in today's world of college football sans playoff and required round robin format, the 12-team conference is simply the better option.

A 16-team conference creates issues, both logistically and fundamentally. How do you schedule? What about out-of-conference games? Do you have one division play only another division for fairness? What do you do with four division champions but no playoff in place? These all create problems that college football is simply not ready to handle. If you created a 16-team conference, you essentially have a league within itself and conference ties begin to break loose. Earlier this week furrer4heisman posed some questions to various SEC blogs. When asked Do you think the SEC should expand to 16 teams?  Truzenzuzex of A Sea of Blue replied:

I don't think any conference should be expanding to 16 teams. It effectively creates two football leagues under one roof, and inter-league play between the two divisions is at best going to be minimal. I think that would be bad for conference cohesion and creates logistics and cultural problems that are solvable, but the overall impact is undesirable for college sports.

All you have to do is look at the mess that is the Big East basketball tournament to see that sixteen teams are too many for a conference. The tournament takes too long and takes too great a toll on the teams that get to the finals. It may or may not be a moneymaker, but I think it is just too much.

Too much indeed...with seemingly no move towards a playoff, it is time to accept the system the way it is, a good schedule, consistent inter-division rivals with enough teams rolling on and off, followed by a conference championship game, where if your team is good enough, you won't roll over and lose.

Personally, I don't, because a 16 team conference seems like an unwieldy behemoth that is going to wind up collapsing sooner rather than later. 16 teams represents too many cooks in the kitchen and the kind of problems that ultimately doomed the Big XII (too large of a footprint and therefor an inability to create genuine rivalries between divisions, the problem of one division being perpetually stronger than the other, unequal revenue sharing, etc) are going to rear their ugly heads again...but a 16 team super conference still just strikes me as logistical lunacy....

If 16-team conferences are ever going to be implemented it must be across the board and across all conferences for it to be a good thing for college football.

Bird: A Bad Cop With A Bad Attitude

Expansion was bad.  No one won.  All of the gutsy plays failed.  All of the forced hands and bluffs amounted to nothing.  Notre Dame remained independent (keeping a major status quo in tact).  None of the Big 8 teams switched allegiances - they merely postured and gesticulated like a bunch of peacocks.  The experts predicted drastic moves yet nothing drastic occurred.  Teams that were disgruntled with their conferences left.  You know who won? Utah.  Utah was the only winner.
Utah joined a conference that had an average athletic department budget of 58.2 million dollars.  The smallest was Washington State at 39.6 million. Utah brings an athletic department that wields a measly 26.9 million dollar checkbook.  Of course this will change once the BCS revenue hits Utah but this merely dilutes the conference coffers even more so.  And will a conference that already suffers more attendance problems than the ACC be able to fill up a conference championship that doesn't feature USC-UCLA to make up the revenue dilution of Utah?  Great job expansion.  Instead of giving us mega-conferences with great games and the potential SUPER DUPER PLAYOFF SCENARIO, you merely shipped some Western teams further West and some Midwestern teams deeper into the Midwest.

Now that I've covered the lone winner (Utah), I will cover the losers.  First off, don't let the media fool you about the supposed 300 pound gorilla in the room.  Cash isn't the only thing that matters to universities and athletic departments.  Exposure is important too.  University Presidents love the exposure generated by good year round programs.  For example, Tech's application totals skyrocketed after the 2004 Final Four run, which was why kids were being stuck in broom closets, bathrooms, and lounges in 2005's Freshmen Class.  This is why the Nebraska add was odd.

Nebraska brings the Big 10 a has-been football program and weakling basketball program. The Big 10 conference is still trying to rebuild its identity in the basketball realm and the Nebraska addition doesn't help.  And essentially what I'm getting at is the Big 10 is only on television for 5 months of the year and Nebraska didn't help.  The Big 10 didn't lose by adding Nebraska but they didn't really get what they wanted and that was the Grand Slam Breakfast Notre Dame.  They settled for a waffle and an uncooked egg.

I think Colorado is happy they aren't the whipping boy of the Big 8 anymore.  But guess what Colorado?  Remember when everyone watched the epic Buffalo games in the 90's because they were at normal EST times.  Now, the Buffs are gonna be playing 8 games a year on FSN at 1AM EST.  No more national recruiting for you.

The WAC was a big time loser in losing their lone football power.  I'm surprised Fresno State couldn't get into the MWC.  The Boise State move was big for the Mountain West for about a week.  The conference went from being 2010's new BCS automatic qualifier to the Mountain West Conference of 2009.