Share All sharing options for: ACC Baseball sent 8 and delivered 2 in Omaha for the CWS

When the NCAA Tournament first kicked off, the ACC was in a happy place. For the first time in the conference's history 8 teams had made the tournament. Opportunities looked ripe for someone to claim the first baseball national championship since Wake Forest in 1955.

Then disappointment came in and swept away 6 teams. North Carolina, Virginia Tech, Georgia Tech, NC State all lost in the Regionals. Georgia Tech was embarrassed really. The Super Regionals resulted in two more teams losing: The Virginia Cavaliers took the Oklahoma Sooners for a ride and a forced Game 3 only to get lamblasted and blitzed 11-0. The Miami Hurricanes also had a chance to punch a ticket to Omaha but got swept by the Florida Gators.

No, all hope lies in two teams from the ACC. Two teams who could face each other in the 2nd round of the tournament and set each other up for elimination, the Florida State Seminoles, and dare I mention it, our favorite guy in the whole wide world! Jack Leggett and the Clemson Tigers. Both teams did not receive National Top 8 Seeds. While conference pride may not run as deep as in football, I sure would like to see the ACC play well this upcoming weekend.

So congratulations to both the Seminoles, and Tigers, Tomahawk Nation, Scalp Em, Block-C, and ShakinTheSouthland. The CWS is a big deal, and I for one, am quite envious. The final eight teams are:

I'll be heading up to Omaha this year for Rosenblatt's final season and will watch with great interest. 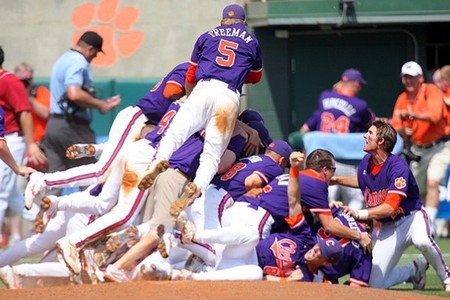 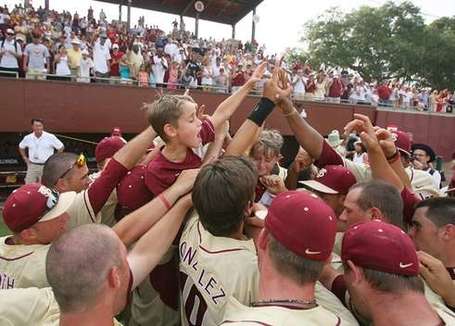 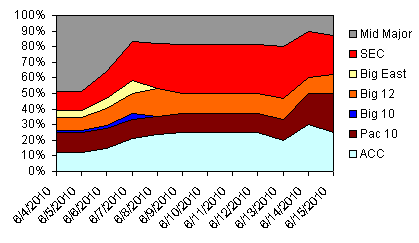