Share All sharing options for: The Ultimate Sporting City: Atlanta vs. Minneapolis/St. Paul

Remember when Bird said New York was a "bloody massacre" against Pittsburgh? Well then Detroit vs. Tampa would be considered the eradication of an entire city. 654 votes, 88% in favor of Detroit. To review our matchups to-date:

Today we talk the cities of Atlanta and Minneapolis/ St. Paul AKA "The Twin Cities". Can the Twin Cities dual power be enough to beat Atlanta on a blog dedicated to an Atlanta team? Only reader discussion and voting will tell...

Bird! Tell us about the ATL! 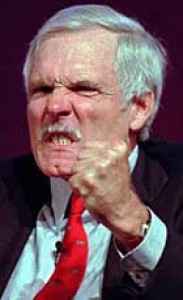 Venues
If new-fangled jumbotrons and sideshows are your game, then Turner Field is your venue of interest in Atlanta. Turner Field was originally dubbed Centennial Olympic Stadium as it was initially constructed to host the 1996 Olympics held in Atlanta. Only 3 other stadiums in the United States have hosted the opening ceremonies of a Winter or Summer Olympics (hint: none of them are in Minneapolis). After the Olympics, Turner Field witnessed the demolition of <strike>my childhood</strike> Fulton County Stadium in 1997. Turner Field became the official home of the Atlanta Braves starting in 1997. Turner Field also hosts the annual rivalry game between Tech and uga, which includes college baseball's second highest attendance ever for a regular season game (2004). In 2005, the Field was retrofitted with the world's largest HDTV. Since then, only 5 HDTV's have been constructed that were bigger (hint: none of them are in Minneapolis).

Martin Gandy of Talking Chop says he enjoys the accessibility of Atlanta's franchises:

"...all the major sporting venues and teams are centrally located downtown within about a three mile radius. You can see College sports and the four major pro sports without having to drive all over town. I travel to a lot of stadiums in other cities, and access for out of town fans is an important aspect of being a good sports town. In Atlanta one can access the airport and all major sporting events via public transit, and see multiple teams on the same day. Believe me, in some cities stadiums are hard to get to without renting a car. Being in the crowd on public transit (even MARTA) is a fun experience and a great part of going to games."

Great Teams/Sporting Moments
The Dirty Bird became the wild craze in 1998 as Jamal Anderson tore up the astroturf while Chris Chandler tore up the skies. Dan Reeves coached the Falcons to their best ever regular season record of 14-2 despite undergoing quadruple bypass surgery in week 14. In the NFC Championship, the Falcons upset the heavily favored Minnesota Vikings juggernaut. The Vikings came in to the game featuring 10 Pro Bowlers, star QB Randall Cunningham, and dynamic receivers Cris Carter and Randy Moss. The Vikings should have won but Gary Anderson missed a 38 yard field goal (after going 35 for 35 on the regular season) allowing Morten Anderson a chance to kick the game winner in overtime. The City of Atlanta had already been enthralled by the Dirty Bird, the Super Bowl berth was merely icing on the cake.

From 1991-2005, the Atlanta Braves established one of the most dominating regular season franchises in the history of Major League Baseball. The Braves won the Division Title a record 14 straight years. 6 of the National League Cy Youngs were awarded to Braves' pitchers in the 1990's. All of the Division Titles only culminated into one World Series Championship but the party that was thrown for the 1995 Braves after they won the World Series was unmatched in Atlanta sports history. Despite the recent struggles of the Braves, national broadcasts on TBS created a national franchise out of Atlanta's local team. The Atlanta Braves trademark "A" is seen in the crowd at every Braves game road or away.

The Fans of Atlanta
The fans of Atlanta are a funny bunch. The Braves attendance has been middle of the road since forever despite being one of the best teams in baseball since the 90's. A lot of this can be attributed to the fans becoming spoiled with the Braves success but I think there is more. The longevity of the baseball season and lack of a large inner city residency means the average fan at a Braves game is a Suburbanite making a pilgrimage to the Braves inner sanctum. The number of season ticket holders is relatively low compared with most older metros just because so few people live in the actual metro-area.

Another issue is that Atlanta is a young, growing city full of transplants. There are a great deal of Yankees/Sox/Cubs fans that have come to the South looking for work as the unions/taxes/weather have sent their jobs down below the Mason Dixon.

The Falcons' and Hawks' attendance is usually proportional to the success of the team. An injured Michael Vick/Matt Ryan kills attendance but I think this would be the case with any NFL team not named Green Bay.

Speaking of Jamal Anderson...while he made the Dirty Bird famous, he also made Peachtree Tavern quite famous. In 2009, Anderson was arrested for snorting cocaine in the tavern. Not only is that illegal, he also did it on the toilet seat. Arrest him just for that reason please.

Wow, ok thanks John for you obvious lust for the city of Atlanta. But let me tell you about Minneapolis.... 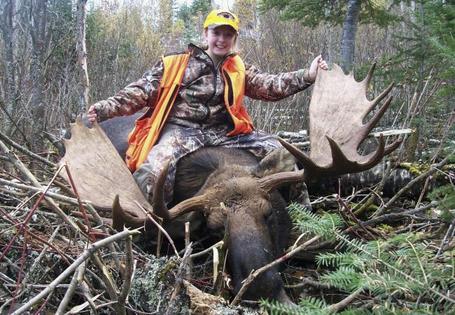 Minnesotans got the Mooses

*World Series victories over the ATL!

Both the Twins and the Vikings came to the city in 1961. The Vikings were an expansion team for the NFL and the Twins were formerly the Washington Senators who had moved away from the For 21 years both franchises played outside (no record of baseball snow outs were attempted to be found). Metropolitan Stadium was torn down for the behemoth Mall of America. In 1982, both teams moved to the Metrodome and in 2010, the Twins moved back outside to Target Field which just opened up this baseball season. The Vikings continue to play at "the Dome" and it has become the 9th oldest stadium in the NFL.

The Metrodome has hosted 1 MLB All-Star Game, a Super Bowl, 2 NCAA Final Fours, and 2 World Series and is known for its absolute LOUDNESS AT VIKINGS GAMEs! It is also the only American League venue that has ended its baseball tenure in the postseason.

For a time, the Golden Gophers played in the Metrodome as well. However in 2009, the team finally moved into a home that is soley their own. TCF Bank Stadium is an outdoor football stadium designed for the eventual expansion of over 80,000 people. The stadium is the first stadium to achieve any type of LEED certification (silver).

The Fans of Minnesota

The city’s fans consider consider themselves tortured, and rightfully so. When you think back over the past decade, you’ve had Twins teams dominate the regular season and lose in the playoff and Vikings players who have their own Sodom and Gomorrah/ Sexcapades, and a T’wolves team who can’t win a playoff series with arguable the greatest player never to reach his full potential because of his team (Kevin Garnett). Add that to a ho-hum Minnesota Wild team, and slightly above average Golden Gopher teams with exciting individual players and you have unrest. Minnesotans, I kind of feel your pain (please see Georgia Tech era under Chan Gailey)

The Minnesota Twins’ great sporting moments could also be considered great Metrodome moments as well. In both World Series championships, the Twins won all 4 needed games at home in the the Dome. One could attibute it to the white roof or fast turf. The 1991 season was a very special year as the Twins had come from last place in 1990 to first. Game 7 was the definition of battle. Nine innings of baseball strategy wasn't enough to decide the World Champion. Rather, it was in the 10th innning that the Twins got the one and only run to beat the Atlanta Braves for the championship!

Kirby Puckett is without a doubt the greatest player in Minnesota Twins history. Listed in The Sporting News’ 100 Greates Baseball Players, Puckett is the franchise’s leader in hits, runs, doubles, and total bases. In his first year of eligibility in 2001, Kirby Puckett was elected to the Baseball Hall of Fame. He died in 2006 from complications following a stroke. He is the second youngest retired baseball player in the Hall of Fame to have passed away. He was 45. Quickly taking the place of Kirby Puckett as the player Minnesooohtans love is Joe Mauer. Mauer has already won three batting titles and an MVP award. He’s only been in the league for four years.

This should be obvious. There are no lakes in Los Angeles, so why the Los Angeles Laker name? The franchise originally started in Minnesota, the "Land of 10,000 Lakes". The Minneapolis Lakers were as such from 1947-1960. Before that, they were the "Detroit Gems" and then finally moved to Los Angeles and then finally became the powerhouse they are today.

Some more random trivia: Prince studied his dance moves through the Minnesota Dance Studio stationed in Minneapolis. And finally, while the St. Paul and Minneapolis may be called the "Twin Cities" many of the residents actually uphold a very intense rivalry amongst each other.

Both Atlanta and the St. Paul received their NHL franchises in the most recent round of expansion. The Minnesota Wild debuted in 2000 while the Thrashers came in 1999.

You've seen the arguments. What say you? Who is the better sports city?