Share All sharing options for: The Ultimate Sporting City Debate: Detroit vs. Tampa

In an incredibly bloody massacre, New York dismantled Pittsburgh in the first round to the tune of 249 votes to 109. Today, we're focusing on the #8/#9 seed match up in Tampa versus Detroit. Our Tampa responders requested expansion of the Tampa City limits to the whole Bay area, which we obliged. Several Detroit fans (most notably Brendan) demanded the University of Michigan be included in the Detroit metro so we gave in here as well. However, we're setting our foot down when anyone mentions ANYTHING about Athens being a part of Atlanta. Winfield drew Detroit. Here's his argument: 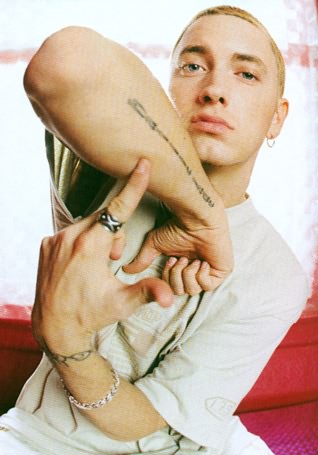 Detroit has a lot to recommend it as the best sporting city in the country. It's got extreme highs: Michigan has the largest football stadium, most all-time wins, highest winning percentage, and most iconic helmets in college football. The Red Wings are possibly the best-run franchise in pro sports. It's got extreme lows: the Detroit Lions employed Matt Millen from the nation's founding until a couple years ago.

A city should have both highs and lows. Just lows and you're a miserable collection of whiners, like Cleveland. Just highs and you're a city of Sports Guys. A mix is appropriate. Detroit's got elements of both plus a lot of in-between trending towards the good: the Pistons are amongst a few teams in the conversation as the NBA's finest once you get past the Lakers and Celtics.

Venues
Historical venues litter the Detroit area. It starts with "The Big House" the world’s largest football-only stadium. It was officially opened in 1927 and seats over 107,000.

The Red Wings play in old and historic Joe Louis Arena, named after the former heavyweight champion himself. The arena was built in 1979, making it one of the oldest venues in the NHL. It is also one of three remaining arenas without a corporate sponsorship. Unfortunately, with the status of Detroit’s financial situation the arena is in desperate need of renovations that may not come any time soon.

The Fans of Detroit
The fans of Detroit are realists. They know what to expect. In the words of Kurt Mensching of the Detroit Tigers’ blog Bless You Boys:

While you can laud Detroit as the kind of sports town that hosts the Super Bowl, the World Series, the Stanley Cup Finals, the NBA Finals, Major League Baseball's All Star Game, The Final Four and The Frozen Four all within a couple of years, it's really the people who make it special.

We know our history, and we favor sports figures who are like we view ourselves: quiet, honest and hard-working…We know where we came from, and we know at least one of our state's professional or college teams is going to be in the running for a championship yearly. We expect it, and we demand it.

All four major sports, big time college athletics, and history behind every franchise: there aren't many markets that can claim that. College football doesn't exist in New York. The NFL doesn't in Los Angeles. Chicago's college interest consists of Big Ten alumni filling Welsh-Ryan for nominal Northwestern home games and DePaul being miserable at basketball. Atlanta's a strong contender but the local teams haven't racked up anywhere near Detroit's number of titles in the last 20-30 years; the Thrashers are also a local afterthought. Detroit cares about everything, even the Lions. This may not speak well to our intelligence, but it does to our dedication.

Great Teams/Sporting Moments
It can be argued that the Detroit Pistons NBA titles in 2004 and 2005 were one of the few NBA champion teams that were the definitions of a team-centered unit with no future Hall of Famers. In a sport that emphasizes individual contributions, this should be considered a huge achievement.

The Red Wings of the 1950’s should be considered one of the greatest groups of players in NHL history. Seven consecutive first place finishes and four Stanley Cups will separate this group of players from the rest of the teams in the league easily. No other streak has come close to the mark set by the Red Wings teams of this era.

Great Individuals
I’m not going to start off with an athlete in this segment. Rather, I’ll go back to an individual Kurt mentioned to us earlier: Ernie Harwell, the legendary broadcaster of the Detroit Tigers for 42 years.

...we lost one of the most beloved sports figure in the state's history. It wasn't a player. It wasn't a manager. It was a baseball announcer, Ernie Harwell. Grown men were reduced to tears, and more than 11,000 people attended his viewing, held at Comerica Park.

Let’s now talk about Gordie Howe. Possibly the greatest hockey player of all time (yeah, you could argue it) he made his NHL debut in 1946 and retired from the league in 1971. Today, he ranks third in NHL history with 1,850 points that include 801 goals and 1,049 assists. He also holds the record for most professional hockey games played (2,4121). Gordie Howe led the Red Wings to four Stanley Cups and seven consecutive first place finishes between the years of 1948/1949-1955/1956, a feat that rivals the run of the Atlanta Braves' teams in the 1990's.

Edit, 11:52 AM: Daily WinFAIL moment: How can I forget about Calvin "Megatron" Johnson? Calvin has racked up over 3,000 yards and 21 touchdowns in 3 years with the Detroit Lions. He's had some injuries to worry about but the expectations remain the same: HIGH.

Random Trivia
Somehow, Georgia Tech has played Michigan only one time ever. The Wolverines got the upper hand in 1934 and won the game 9-2. The story goes that Gerald Ford played for Michigan and was best friends with Michigan's lone African American player, Willis Ward. When Tech refused to play Michigan unless the Wolverines suspended Ward for the contest, Ford considered quitting the team in protest. However, Tech and Michigan eventually met with Ward sidelined and Ford playing. Michigan won and it was actually their only victory of the season.

Now, that Winfield has finished his ranting and raving about Motor City, I will discuss the Bay Area... 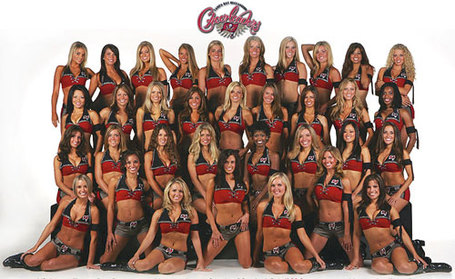 Venues:
Personally, I think Raymond James Stadium is the nicest NFL stadium I've ever been to. Plus, the stadium has a PIRATE SHIP that fires whenever the Bucs do something extraordinary. The Stadium was opened in 1998 to serve as the permanent home of the Bucs and has already hosted a pair of Super Bowls. The Outback Bowl has been played in Raymond James for the past 12 seasons as well.

The South Florida Bulls call Raymond James home as well. This means that USF can claim to have the largest stadium capacity of any team in the Big East. I don't know anyone who didn't watch the Bulls defeat West Virginia at home in 2007. This was the first sell out in school history for the Bulls with an attendance of 67,012.

The Fans of Tampa:
John Fontana writes for the Tampa Bay Lightning blog Raw Charge. Fontana explains the situation of the average Tampa fan quite eloquently:

...Tampa Bay’s allegiances are divided. It starts simply with the collegiate ranks and the many Florida universities that compete against each other and have bitter rivalries. Then the pro sports angle – the population of Tampa Bay has a high number of fans that relocated from other regions. They’ll waver between supporting the local teams and their original hometown franchises.

And of course, there is also the issue that Tampa Bay has endured some of the worst owners in pro sports history. Hugh Culverhouse and his for-profit operation of the Tampa Bay Buccaneers (that made them a laughingstock of the league over 14 years), Vince Naimoli and the ineptitude of operating the Tampa Bay (Devil) Rays, and most recently Oren Koules and Len Barrie running the Tampa Bay Lightning as if it were their own fantasy sports team (with horrible results). When things go bad for the pro teams in TB, by way of poor ownership, the more casual fans turn their back on the local teams. However, there is a contingent of die-hards (for the Bucs, Bolts and Rays alike) that will support these clubs no matter what. And while this group can’t be compared to the bleacher bums of Chicago or the Cheesehead of Green Bay, they have persevered through the good times and bad.

That perseverance through the hardships is the most understated quality of the Tampa Bay sports fans in the market. What the region lacks in storied history for its franchises, it makes up with a strong core base of die-hards.

Great Teams/Sporting Moments
The Rays are experiencing unprecedented success the past three seasons as their relatively low payroll is steam rolling the most expensive division in baseball. However, this great run by Tampa's MLB team has yet to replicate the pure joy Tampans felt when the Bucs won the Super Bowl in 2003.

And it wasn't the fact that the Bucs won, it was how they won, that inspired the City of Tampa. The Bucs came into Super Bowl XXXVII as 4 point underdogs and proceeded to destroy the Oakland Raiders with extreme prejudice. Rich Gannon set a Super Bowl record with 5 interceptions against the Bucs' defense. And after the Oakland Raiders humiliating 27 point defeat, riots broke out...in Oakland not Tampa. The Tampa franchise and fan base that endured 10 or more losses for 12 straight seasons finally won the Big One.

Great Individuals
Tampa is the hometown of a billion baseball players and managers. Let's do a quick rundown of some great ones: Lou Piniella, Tony La Russa, Gary Sheffield, Fred "Crime Dog" McGriff, Tino Martinez, Dwight Gooden, Derek Bell, and more... The list is daunting. As Fontana points out, the City of Tampa hosts a plethora of talent:

Tampa Bay isn’t just a sports hot bed – it’s a sports breeding ground. It’s engraved into the minds of locals from childhood onward. The region produces talent that stocks the ranks of collegiate and professional sports. It’s been the starting point for Major League Baseball’s annual ritual of spring training for nearly a century.

Random Trivia
Well, Winfield keeps bringing up Georgia Tech references in the trivia section so I'll throw out two quick ones. First, Joe Hamilton was the last Georgia Tech quarterback to win a Super Bowl ring while he played for the Bucs in 2003. Also, GT's only trip to Tampa in football history resulted in our most recent 2009 ACC Championship.

Concerning weird sporting trivia about the City itself, I know of two interesting characters that currently reside in Tampa. And for some reason, I can't escape WWF references. Hulk Hogan makes his permanent residence in Tampa. Randy Savage lives in nearby Sarasota. If that doesn't tickle the fancy of the average Clemson fan, I don't what would.

Alright, that's our rundown of The Bay versus The Motor City. Let us know who should advance on to the second round.