Share All sharing options for: The Ultimate Sporting City Debate: NYC vs. Pitt

Today's match up is the #3 seed New York City versus Pittsburgh, PA. New York City encompasses all of the major boroughs around the core giving NYC a distinct advantage over a lot of the smaller area cities in our debate. Winfield chose Pittsburgh so here's his break down of the Steel City: 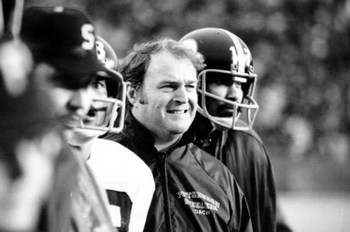 Venues
From 1970-2000 the Steelers and Pirates shared Three Rivers Stadium. The stadium was built with a functional purpose and towards the end of its lifetime it was criticized for its lack of accessibility and aesthetics. Since then, the city has stepped up the visual appeal of its sports stadiums.

Both the Steelers and the Panthers share Heinz Field which is located on the banks of the Ohio River. The stadium seats 65,050 and has sold out for every Steelers game since 1972.

On the baseball side of things, PNC Park is arguable the "most beautiful stadium in baseball." Unfortunately, because of the Pirates baseball woes for the past few decades this is where the positives stop. PNC Park sits on the Allegheny River with a great view of the downtown skyline. Though the Pirates have not had a winning record in the PNC Park Era, the stadium did host the All Star Game in 2006.

On the hockey side, the Penguins play in what is known as The Igloo. Indoor sports struggle with cool architecture. But it’s got a cool dome at least.

The Fans of Pittsburgh
Just like Cleveland, it is the blue-collared fanbase that makes this city such a great sports town. As previously mentioned, the Steelers have sold out all games since 1972 and they love their hockey club.

In the words of Frank D of Pensburgh.com:

Why is Pittsburgh the greatest sporting city? Because you can't go to a single place in Pittsburgh - be it a store, office or home - without seeing some sort of sports memorabilia. I mean, businesses post signs in storefront windows in support of the Steelers and Penguins. And even though this is only a two-team cit...wait, what? They have a baseball team here? Oh, right. Well, believe it or not, even though the seats at PNC Park may seem empty on a nightly basis...probably because they are...there is still a pretty solid representation of Pirates gear around the city. Jerseys, t-shirts, jackets - even old school pullover Starters jackets, no joke - make up for your typical Pittsburgh fan roaming the streets of the city. The fans are rabid when the teams are winning and they drink away their sorrows when the teams are losing.

It may not be the biggest city in the world, but its sports fan per non-sports fan ratio may very well beat out some of the bigger cities in the country

Great Teams / Sporting Moments
Go back and look at those Super Bowl Championships strung together by the Steelers. The 1970’s were put together by Bud Carson's Steel Curtain and Terry Bradshaw, et al. Today’s era is governed by Big Ben Roethlisberger as they have added two more championships to the city’s resume.

The Pittsburgh Panthers have had their share of success as well. In 1976, Pitt was led by Dan Marino and Tony Dorsett as they defeated the hated georgie bulldogs 27-3 in the Sugar Bowl. Sadly, Tech also suffered a defeat at the hands of the Panthers, 42-14 in Atlanta. Now, some of you may think that we have forgotten about the sport of basketball entirely. It could be argued that the Panthers are in the best basketball era in history under coach Jamie Dixon. The team has consistently put together NCAA Tournament appearances over his tenure.

Great Individuals
The list of individuals from Pittsburgh is extensive. A great highlight of this list is Roberto Clemente. Born in Puerto Rico, Clemente played baseball for the Pittsburgh Pirates from 1955 to 1972. He played in 12 All Star Games, won 12 Gold Glove Awards, and won the National League MVP in 1966. Sadly in 1972, Clemente was traveling to Nicaragua to help deliver supplies for earthquake victims and his plane malfunctioned and crashed. Clemente’s body was never recovered. In 1973, Clemente was honored posthumously and elected into the Baseball Hall of Fame. He was also the first Latin player to be inducted. The Hall also decided to waive the mandatory 5-year waiting period that must be completed before a player is eligible.

Random Trivia
Some Ben Roethlisberger facts: His father went to Georgia Tech and his sister was recruited here to play volleyball but she chose to go to Miami of Ohio and play basketball instead.

Thanks Winfield! Now, I'm gonna enlighten all you peoples on the great City of New York. 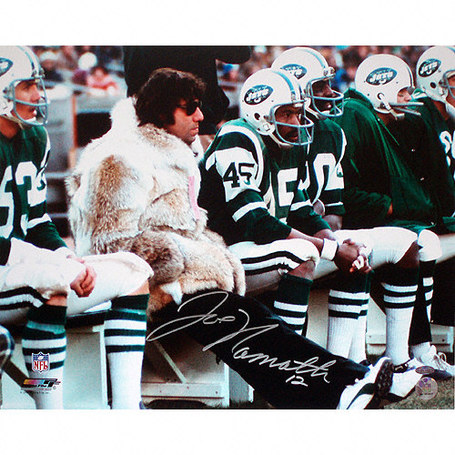 Venues
John Beck from Pinstripe Alley comments on the vast array of arenas within the metropolitan area of New York City:

From the Yankees' 27 championships in the Bronx to Joe Namath's fur coat, from the Polo Grounds to Madison Square Garden: this is the town that gave us 'win one for the Gipper,' 'the luckiest man on the face of the earth,' and 'We're going to win on Sunday. I guarantee it.' This is the home of World Series walk-offs, All-Star Games, the US Tennis Open & Arthur Ashe Stadium, the US Golf Open and Beth Page Black, and so much more.

When you look at the sheer number of sporting venues located in NYC, you can see why it would be a daunting task to choose any specific venue as the flagship site for NYC. The 1.5 billion dollar Yankee Stadium sits amid the city while Giants Stadium in East Rutherford was one of America's host facilities for the 1994 World Cup. The 1976 Belmont Stakes in Elmont was possibly the greatest display in horse racing history as Secretariat destroyed the field by 31 lengths.

Beck says it best when he states the following:

Fans
You can't escape NY Yankees, Mets, or even Giants hats in any city in America. Do you think it'd be better in the actual lion's den? The term "die hard" is defined by New Yorkers love for their respective teams. The term "rivalry" is defined by the passionate wars waged any time two teams from NYC square off on the court, ice, field, or diamond. Beck tells us simply:

As one of the last multi-team, multi-sport cities in the nation, New York City is the one place you can wear a jersey to the bar and count on starting a conversation with a rival fan: Yankees-Mets, Giants-Jets, Rangers-Islander (and Devils, too), Knicks-Nets, St. John's-Fordham. I believe the heart of fan-dom is defending your team, and New York is the best place to do it.

Generally speaking, all of the New Yorkers I know love their teams as Beck points out. They aren't afraid to let you know that they love their teams and hate your favorite teams as well. Seth Rosenthal from Poasting and Toasting tells us to expect a verbal confrontation when talking sports in New York:

New York's got so much to offer that it's become like a little microcosm of the sports world where everyone yells a lot.

Great Teams/Sporting Moments
We've already discussed the fact that New York has two or more of everything. Now, imagine if two teams within the same city played for everything. The Subway Series was first played in 1889 between the New York Giants and the New York Trolley Dodgers. Since that World Series, two teams from New York City have met 14 more times in the World Series. Only Chicago and St. Louis can claim to have had both league champions playing for the Title in any major pro sport and that was all the way back in 1906 and 1944, respectively.

The last Title matchup between two New York Squads was the Mets-Yankees 2000 World Series. The Yankees won the series 4-1 making them the most recent three peat champion since the Oakland A's in the mid-70's.

Great Individuals
There a ton of stars in NYC sporting history. Beck lists a few for you:

Ruth, Dimaggio, Jackie, the Say Hey Kid, the Mick, Reggie, Darryl and Doc, Mattingly, Jeter; Namath and Eli; Bradley and Ewing on the hard court to Mark Messier and Rod Gilbert on the ice.

Arguably, New York has built its sports on the shoulders of some of the greatest stars ever. However, I'd like to argue that the modern era of NYC sports started with a $160,000 investment by George Steinbrenner. After balking during an attempt to buy the Cleveland Indians a year earlier, Steinbrenner and a group of investors purchased the Yankees for $8.8 million dollars in 1973. The Yankees franchise has recently been valued by Forbes Magazine at somewhere close to $1.6 billion. Steinbrenner multiplied his initial investment by 10,000 in creating a sporting superpower.

Random Trivia
Let's counter-punch with some Tech related trivia since Winfield pointed out some as well. First off, Mark Teixeira is the second Yankee ever to hit three home runs in one game against the Boston Red Sox. The only other Yankee to do so was Lou Gehrig.

Georgia Tech has played four football games in the New York City area. In 1921 and 1925, Tech squared off with Penn State in New York City. And then again Tech ventured North almost 70 years later to face Penn State in East Rutherford for the 1991 Kickoff Classic. And finally, the last time Tech played in NYC was against the Orangemen of Syracuse in the 2001 Kickoff Classic.

So what do y'all think? Who wins this match up? Does the blue collar Steel City triumph over the star studded Big Apple?