The ACC bracket has been released. And we've got Professor Sokol's ratings up to 3/8/2010 to project the winner of the tournament. Here are the results:

It's not the end that everyone wants but it's a pretty good idea of what will probably happen. We'll check back in a few days when the tourney's over. 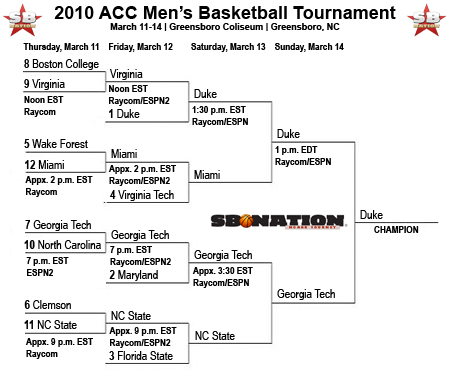