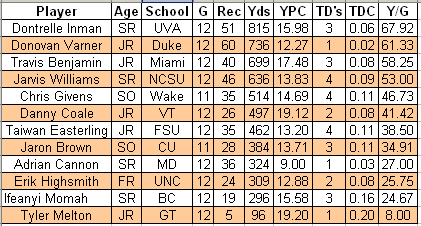 Concerning offensive balance, I have devised a spreadsheet to show which teams displayed the most balance between their #1 and #2 receivers. Basically, the following chart will show the net difference in receptions, yards, and touchdowns as a percentage of each offense's total output compared to the #1 receiver. 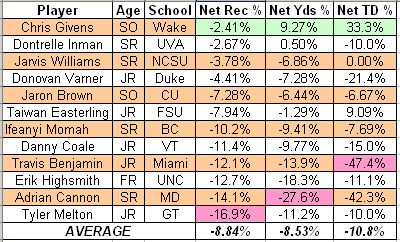 The top teams at distributing passes amongst their receivers are pass-happy Duke, NC State, FSU, etc.. Run-first teams have less balance as they're using less multiple wide receiver sets and more one-read pass plays. Injuries explain some of the teams lack of distribution as well (Wake/UNC).