A Conversation with Coach Pepper Rodgers

Share All sharing options for: A Conversation with Coach Pepper Rodgers

The last time a Georgia Tech squad faced off with the Air Force Academy, Tech was headcoached by Pepper Rodgers. Rodgers was a backup quarterback under Coach Bobby Dodd from 1951-1953. His playing career saw Tech lose only 2 games over a three year span. Tech also picked up our second National Title in 1952. When I spoke with Coach Rodgers on Monday night, I asked him about his playing career and how Tech's legendary Coach Bobby Dodd influenced his coaching style. He responded, "I actually spent more time with my position coach, Frank Broyles." Broyles was a former Tech quarterback himself and would later become the head coach and athletic director of the University of Arkansas. 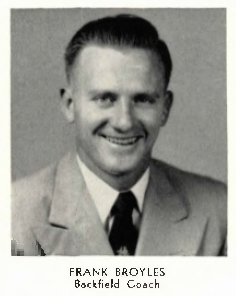 Coach Rogers was a member of the Air Force ROTC at Georgia Tech and had to fulfill his 3 year service requirement after graduation in 1955. He attended flying school and served as a pilot from 1956-1960. While serving in the Air Force, Rodgers was assigned to the Air Force Academy and earned his first assistant coaching position under head coach Ben Martin. Rodgers cited several head coaches but made sure to list Martin first during our conversation. He said, "Ben Martin at Air Force, Ray Graves at the University of Florida, and Tommy Prothro at UCLA were great influences on me." 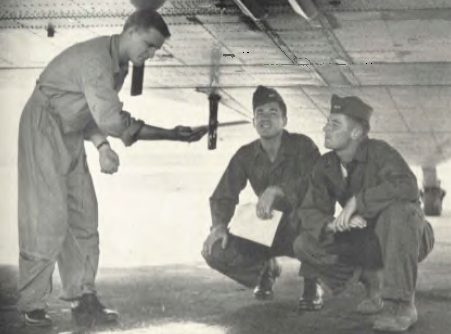 After Air Force, Coach Rodgers headed back East as an assistant at the University of Florida. He then traveled back West to UCLA. I asked Coach Rodgers about the difference between East and West Coast football and he said, "There's no big difference between East and West Coast. Guys are guys. They just wanna play. If you've got good players, you can win. I've proven that with good players you can win and with bad players you can lose."

Coach Rodgers' received his first head coaching position in December of 1966. Coach Rodgers' 1968 Orange Bowl team was Kansas' first 9-win team in 60 years. I had always heard during Coach's Kansas tenure that a mythical rivalry was born between Coach and the Missouri head coach Dan Devine. Coach Rodgers refuted the stories partially, stating, "I think Dan thought we were arch enemies. He was a great coach at Missouri and Notre Dame but not necessarily a great pro coach. I didn't think we were 'enemies', however. I think the rivalry was related more to Quantrill's Raiders." Coach Rodgers then told me about the rogue Missourans who burned Lawrence, Kansas in 1863 telling me this was the root of the Kansas-Missouri rivalry.

Coach Rodgers really buried the Devine hatchet when he told me about the famous 'middle finger' incident. He said, "I made up the story about shooting the peace sign to Devine...I used to say he only returned back half of the peace sign. I just made this story up for a group of boosters at luncheon." I was sad to hear this was merely a myth but it's still a funny one.

We then proceeded to dive into Coach Rodgers' time at Georgia Tech particularly Tech's independent status. Coach Rodgers was adamant about how big a mistake it was to leave the SEC in 1962. He told me, "Tech never should have been independent. You'd play a tough schedule, which was second to none and there was no incentive after you lost a game. You lose a couple games and your season is over. Tech would play the tough independents Pitt, Notre Dame, academies and still play the best Southern teams in Auburn, Clemson, and Georgia." Coach told me the move to the ACC was great for Georgia Tech because it got us locked into a schedule with like-minded academic institutions. We also had something to play for in the postseason, if we lost a game or two.

It was during Tech's return to the ACC that Georgia Tech and Coach Rodgers separated ways. Coach told me that despite Doug Weaver being the athletic director of the time of his separation, he and Doug are still best of friends.

After Georgia Tech, Coach Rodgers went on to coach in the now defunct USFL. He coached Reggie White with the Memphis Showboats. With regards to White he said, "He was as good as any player I ever coached. One of the best." Coach Rodgers was part of a group of men attempting to bring an expansion NFL team to Memphis. Unfortunately, the NFL didn't accept Memphis' bid. Coach Rodgers retired from football as the director of football for the Washington Redskins in 2004. Since then, he's been living comfortably with his wife in Virginia.

Coach Rodgers told me he actually visited Paul Johnson while CPJ was at Navy. The story went like this, "I went to visit Coach Johnson when he was coaching at Navy. I played against the Naval Academy at Tech. Navy was coached by George Welsh at the time. I always wanted to visit one day since I live nearby in Virginia. My wife and I got in the car and just drove up. It was great to see the campus because as a player, you get on the bus, stay in the hotel, play the game, and go home. You don't see the campus. The trip was great. We came up and I decided to go to the athletic department and I just asked if I could meet with Coach Johnson." I told him it was an interesting coincidence that he happened to meet Tech's future head coach years before he'd ever coach at Tech. He simply said, "Tech has the right man. Johnson is a great coach."

The end of our interview was slightly rushed so I tried to cover as many topics as I could before Monday Night Football began. I asked him some about the record setting Air Force game in 1978 but I also wanted to ask him about the big differences between his wishbone and the current triple option attack used by Paul Johnson. He told there were several pluses to Paul Johnson's formation, "The slotbacks are closer to the line of scrimmage and really give your quarterback more options in the passing game. They keep your opponent from concentrating on the middle of the offensive formation. However, the triple option doesn't have Bobby Dodd's infamous Inside Belly Series like the old wishbone. Coaches from all over the country used to come to Georgia Tech to watch the Inside Belly Series."

Coach Rodgers was a great storyteller. He remembered some minute details about his long and storied coaching tenure that made the conversation incredibly enjoyable for me as a Tech fan and a Tech historian. He mentioned another interesting coincidence as we parted ways, "The current president of Georgia Tech played football against my Kansas team in 1970...Bud Peterson...He played wide receiver for Kansas State when Lynn Dickey was quarterback." I told him we'd have to research if Bud actually did any damage against the Kansas defense (KSU scored 15 points).

Thanks goes out to Pepper Rodgers for giving us his time. He actually has written two books if you want to learn more about Tech's sixth professional head coach: an autobiography and a textbook on the wishbone. I will include more of the interview in the upcoming preview of the 2010 Air Force Fighting Falcons.