Old Ford Races Lead to Birth of the Reck Parade

Share All sharing options for: Old Ford Races Lead to Birth of the Reck Parade

Despite the best arguments from post-WWII car enthusiasts, Americans truly fell in love with their automobiles during the Depression. The average car on the road in America doubled in horsepower from 1920 to 1930 as America transitioned from the Ford Model T (177 CID, 20hp) to the Model A (201 CID, 40hp). The price of a car was cut in half, if not more, by Ford's manufacturing innovations making autos available for everyone not just the upper class. Ford designed the Model A for simple self-repair and due to the economic climate of the late 20's, every American quickly turned into a knowledgeable motor-head. Cars transitioned from simple modes of transportation into extensions of an owner's personality.

Lakewood Speedway opened in 1919 only 7 miles from Georgia Tech's campus. The dirt track featured hundreds of races a year and became a popular weekend trip for Tech's students. And as racing became more and more mainstream within the Atlanta area, more students aspired to mimic their professional racing idols.

In 1927, Oklahoma A&M (OK State) provided Tech students a model for which to base their future racing ventures. According to the Oklahoma State Special Collections and Archives Department, The Daily O'Collegian, A&M's student newspaper, sponsored a cross-country "Bedlam Flivver Derby" from Stillwater to Norman on the morning of the November 19, 1927 football game against the Sooners. A truncated version of the race rules is as follows:

The race started at 8:00AM. In order to win, a racer had to circle the capitol building in Oklahoma City and pass through Guthrie, Oklahoma. Otherwise, the route was up to the individual driver. Multiple cars finished the race under three hours and were instantly disqualified for breaking Rule #8. For your information, they were traveling in excess of 30 mph - a blazing road speed at the time. The official winner of the race may have sped so he stopped near the finish line and waited and finally arrived at 3 hours and 1 minute. The vehicle was dubbed "The Spirit of Kow Kollege" and was driven by A&M speed demon Leroy Tucker. Tucker and his passengers received free tickets for the OU-A&M game right on the 50 yard line behind the Aggie bench.

1929: The First Old Ford Race
The first Georgia Tech race appears to be the brainchild of Technique editors William Taylor, Robert Anderson, and James Thompson. The three men tasked the Technique Staff with taking applications for the first ever "Old Ford Race" on May 3, 1929. The rules were simple. The vehicle had to be "sufficiently worn out" to enter the race and this wear had to be approved by Technique Staff. The course started at the intersection of North Avenue and Techwood Drive and would end at the Holman Hotel in Athens (~80 mile course). The finish judges were selected from UGA's student paper, the Red and Black. The start date and time was 10:30AM on May 18, 1929. Racers were supposed to arrive in time to watch Tech and Georgia square off on the baseball diamond later in the afternoon.

Prizes would be given to the first three vehicles to cross the finish line in the Classic City. First place received a 30x3½ rubber tire from former Tech football star Everett Strupper. Second place would receive a radiator hood ornament from Western Auto Supply Company. Third place received a $7.50 gift certificate from Prior Tire Company. 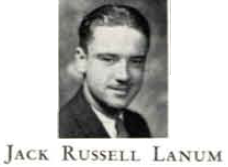 Initially, only a few applicants signed up (6 to 12 autos). According to the Atlanta Constitution, over 30 cars actually ran the first race. The Technique reported much more conservative figures in the range of 12-16 vehicles. The same article states that only 4 cars ever crossed the finish line in Athens while the rest were scattered across the stretch that is now modern day Highway 78. The winning car was driven by Jack Lanum, a junior FIJI at Tech. He finished the race in just under 2 hours (~41 miles per hour average).

Concerning the actual baseball game, Tech lost the afternoon game 3-1 after defeating the dogs the previous day in Athens 9-5.

1930: The Final Old Ford Race
The 1930 Old Ford Race engaged the Atlanta sports media and enthralled the Georgia Tech student body. Rules were formalized for this year's race by the Technique Staff. The race, starting at the Tech YMCA, required the cars to be pre-1926 4-cylinder Ford Model T's. This set an actual standard for the teams rather than a subjective standard of "sufficient wear." The Technique and Atlanta Constitution articles seemed to express more interest in the age of the cars racing rather than their dilapidated condition (perhaps in an effort to encourage everyone to finish rather than break down).

The race coincided with a Tech-UGA baseball weekend so the 1930 Technique Staff was once again joined by members of the Red and Black Staff. Red and Black staffers arranged for a new finish line at the intersection of College Avenue and Washington Street in Downtown Athens (the 1930 location of the Athens PD). Another major change, due to economic constraints on the City of Atlanta, was that the racers would be escorted out of the City by Atlanta PD and would not have escorts again until they reached the Clarke County border where they'd be escorted into Athens by the Athens PD. This made the race much more dangerous for the racers as much of the area between Athens and Atlanta was wilderness or worse in the late 20's.

Unlike the 1929 race, over 25 entries were submitted a week before the race (the Technique states that only 16 competed). According to the Constitution, most of the entries were Fords but several Essexes, Hupps, Dodges, and Chevrolets were entered into the race. The oldest car in the race according to the article was only 7 years old, which apparently was "a lot of years" for an auto in the 20's. Even Jack Lanum returned to defend his title with his own Model T. 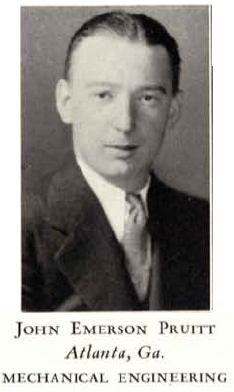 The race started at 11:00 on May 10, 1930 and the winning Essex crossed the finish line at 12:21. It was driven by a freshman mechanical engineer named John Emerson Pruitt (c/o 1933). Pruitt's average speed was 51 miles per hour. This smashed the 1929 Old Ford Race speed record and, to me, would even be favorable traffic conditions for a modern car traveling from Atlanta to Athens. Another astounding fact was almost every car finished. Only one beater didn't make it across the finish line in Athens.

According to the Technique, Pruitt broke the rules because he drove an Essex not a Ford Model T but since "practically all of the sixteen entrants disregarded the rules at the start, Pruitt was awarded the First Prize..." The Technique continually cited the general chaos that was trying to organize 16 college student-driven race cars. Lanum, the 1929 Champion, finished in fourth despite the inherent mechanical disadvantages.

An interesting factoid about the race was that the football team fielded a race team. The car was driven by Sam Colvin and the primary mechanic was Vance Maree. Colvin started two games as quarterback in 1931 after Earl Dunlap broke his ankle against North Carolina. It was the only action Colvin saw as a Tech QB.

1930-1932: Race Ends and Parade Begins
A week after the Tech Old Ford Race, an "Intercollegiate Ancient Auto Congress" was held to determine the fastest driver in the Southeast collegiate realm. College drivers from Tech, Georgia, Mercer, UT-Chattanooga, Oglethorpe, and Auburn were invited to race their pre-1926 racers at Lakewood Speedway. Organizers of the event said Lakewood Speedway had never seen as much local interest in a race. The race never took place, however. Rain canceled the main collegiate events and it's unclear if the college champions race was actually ever run on July 4th (the makeup date). This was the last time Tech students would have a chance to race their jalopies in a school sanctioned event.

Cessation of Georgia Tech's Old Ford Race was primarily due to the danger it posed to students. They were either slowly trekking across relatively unsafe roads with the risk of a breakdown in the wilderness or they were speeding along unsafe roads with the risk of an accident in the wilderness. The Tech administration wasn't particularly keen on any of the scenarios despite the race's popularity with the students. An alternative was not immediately proposed by the Hill and the exact date of the cancellation is not known as the last mention of the race was on February 13, 1931 (Friday the 13th) and then all mentions cease.

By 1932, Tech students were itching to get their Ramblin' Wrecks back to the forefront of Tech's annual events so a parade of broken down and beat up jalopies was organized by the Yellow Jacket Club. It was held on the Friday night before the Georgia Tech-Alabama game in Atlanta. The best cars from the November 11th parade were selected to participate in a half time show during the actual November 12th game. And from this half time show, a winning "wreck" was chosen thus giving birth to the Ramblin' Reck Parade, which is still run to this day.

This year's Ramblin' Reck Parade is being held on Saturday October 9th at 8AM. The Recks will start at 8th and Fowler Streets and finish on 5th Street. From 1932-2010, the parade has evolved from a parade of jalopies to a parade of contraptions. It owes its 78 year run to those crazy Depression Era students and the proceeding generations keeping a fire lit in one of GT's greatest traditions. Be sure to check out the Parade during your tailgate on Saturday. Check out the Homecoming GT Site for more details.