ACC Roundtable: The Midseason Report. Where The Look On My Face Says It All

Share All sharing options for: ACC Roundtable: The Midseason Report. Where The Look On My Face Says It All 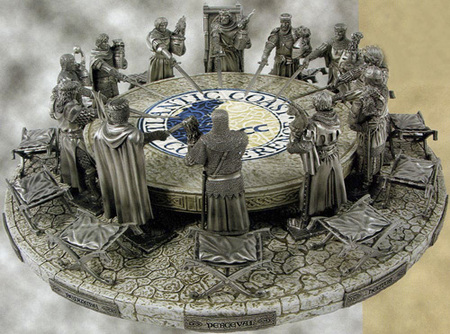 Bird is hosting the ACC Midseason round table so I am answering the questions. Can you believe that the college football season is half-way over? Today I will discuss where Georgia Tech and the ACC currently stand.

1. Half the regular season is now kaput.  Has your team exceeded, met, or fell short of your preseason predictions?

The first half of the regular season can be summed up in one picture: 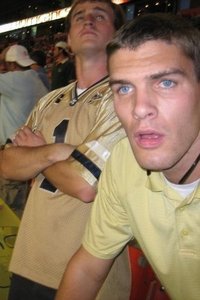 Six weeks in, it's safe to say that Tech has not reached our predictions. You can read both our thoughts for September, October, and even November. Georgia Tech fans are notorious for setting lofty goals and expectations at the beginning of the season and once they gave all their hopes up, they are crushed. While, we aren't crushed yet, the first games have been disappointing thanks to a longer adjustment to the 3-4 defense than expected and the loss of Demaryius Thomas and Jonathan Dwyer.

However, there still seems to be room for optimism. Let's put this first half in perspective. High level analysis says we are at the same point in the conference as we were last year. The only difference from last year is the lone out of conference WTF loss to Kansas. With the Virginia game being the most solid performance yet, might the 2nd half be promising? I will hold out a little hope.

Yes, some salvaging can be had during Hate Week and the bowl season. In previous years, the ACC started off quick out of the gate, grabbed big wins over OOC teams and then the conference got rolled in bowl season, the last impression in people's minds. The ACC can save some face if its teams put together solid bowl games against the respective BCS conference teams.

3. The Atlantic and Coastal divisions are knotted up at 5 wins a piece in interdivision play.  Which division is better top to bottom?

Tough question. At the beginning of the season, everyone would have said the Coastal was the best by far because of Georgia Tech, Virginia Tech, and Miami. Now, halfway through the season, NC State and Florida State from the Atlantic Division have stepped into the forefront. In the year of ACC futility solidarity it's a straight up tie because no team or division wants to emerge as the elite.

4. Who is the ACC's first half of the season offensive MVP?  Defensive MVP? Any comeback player of the year nominees or predictions for ACC Rookie of the Year?

While my heart wants to talk about Joshua Nesbitt in this section, I'll keep that to myself (HE'S ONLY FIRST IN OVERALL OFFENSE AND RUSHING IN THE ACC). First half offensive MVP goes to Russell Wilson. He's surrounded by quality players but his abilities has brought the the Wolfpack up to another level that I haven't seen in years.

Defensively, Bruce Taylor from Virginia Tech and Luke Kuechly from Boston College look to be solid candidates. Last year, Kuechly was the ACC Blogger DROTY and he has not disappointed since he took the award. Taylor is in the top 10 in most categories including tackles for loss, tackles and sacks.

Rookie of the Year: Isaiah Johnson from Georgia Tech. If Johnson can get some interceptions a la Morgan Burnett, he could be holding the trophy at the end of the year.

5. What games are still circled on the schedule as must win games for your fan base and program?

ALL OF THEM. But Virginia Tech will get more hype from me than the rest, followed quickly by Clemson. In fact, the final game of October and first game of November is going to be huge weeks for us. Fall football with the division and conference on the line...what more could you want?

6. Let's say your university invented a device capable of transporting one individual from your program's past. And then the machine would collapse into itself due to the sheer greatness of said individual. What one player from your long and storied history would you cherry pick to instantly upgrade your team?

If we re-created Calvin, everyone else would either catch passes or also crumble with the machine under his absolute greatness.