In case you all forgot because of the bowl buildup, we're playing the hoop mutts at 7:00 PM tonight. Tech hasn't won in Athens in 30 some odd years due to bad luck, poor play, or games being played at the Omni. Honestly, if there's one loss that resounds in my heart as the worst loss in my GT fandom, it would be the 2004 loss to the dogs in hoops.

A quick look at the dog schedule shows that they've played quite a few decent squads, including BCS squads VT, Illinois, and Mizzou. They actually nipped the Illini by three points. The dogs have yet to win a road game this season and are 0-4 on the road. They're 7-1 at home (albeit against much lesser competition). The lone home loss came in embarrassing fashion to a currently 8-7 Wofford Terriers squad.

The leaders of the bulldogs are sophomore Travis Leslie and sophomore Trey Thompkins. The bulldogs are digging deep into their bench as 10 guys are currently averaging at least 10 minutes per game. The dogs rely heavily on Thompkins and Leslie as the two have combined for 42% of the dogs' field goal attempts and 44% of the dogs' points. A quick breakdown of the individual efficiencies shows Thompkins and Leslie's importance to the dog attack:

One final point to notice is the play of Dustin Ware and Ricky McPhee. They aren't the greatest offensive weapons for the dogs as they've combined for about 35% from beyond the arc. Their assist:turnover ratio of 4:3 is what keeps them on the floor. They feed the rock to Leslie and Thompkins.

Tech will need consistent play from Favors and Gani down low as the dogs don't have great height or depth in the front court. Tech will also have to play good defense against Thompkins. I would expect Hewitt to focus his defense around forcing McPhee and Ware into mistakes. Georgie has depth but it's not very good. If we can make Hell for the guards, then Tech should win. Tech is the better team and should win but that never really matters in Athens. I don't expect many Tech fans to make the trip and miss the Orange Bowl on TV so good luck to the Hoopsters tonight in Athens. Georgie fans only care about one hoops game a year and this is it. Give 'em Hell Tech! 7:00PM tip off on CSS. 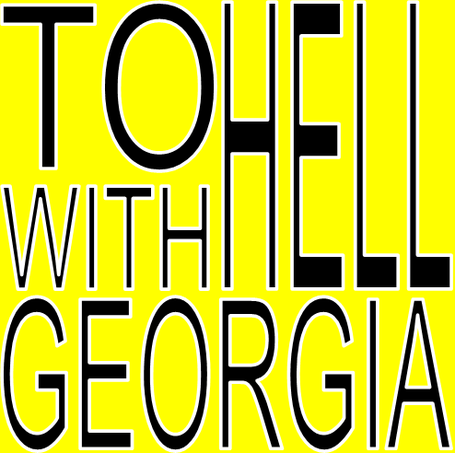