It was 49 48 years ago today that the Ramblin' Reck came on to Grant Field for the very first time and thus began Day 1 of the greatest college football tradition of all time.  The Reck was announced to the crowd of 43,501 by Student Council Ramblin' Reck Chairman Dekle Rountree after he was the first student to drive the vehicle on to Grant Field. The Ramblin' Reck has never missed a game since, with this previous North Carolina win being it's 308th consecutive rideout. Not much has changed since that day in 1961. Yes, it's been wrecked (you can't have a Ramblin' Reck without an actual wreck right?) but the body and frame remains original. Under the hood? Yes, it's original as well. So while some schools move away from their traditions and think more about making money Tech fans can take pride in the fact that the greatest tradition in college football has been around for nearly 50 years and it's geared up and ready for another 50 years. 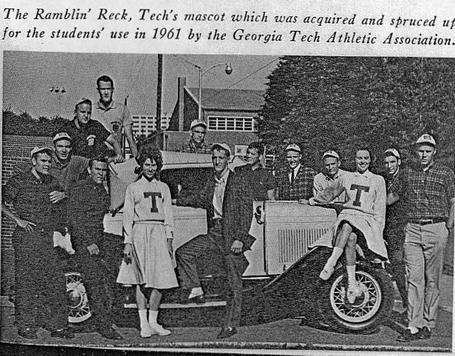 Happy Birthday Ramblin' Reck, you have given the Drivers headaches and heartaches, but it has all been nullified by the pride and joy that you bring that means so much more. 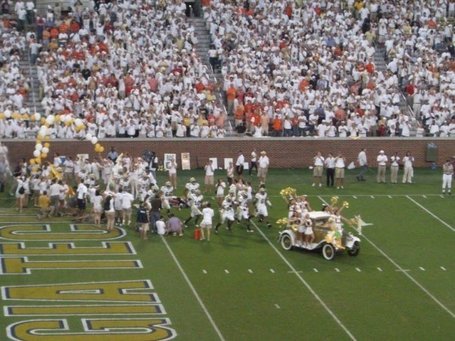