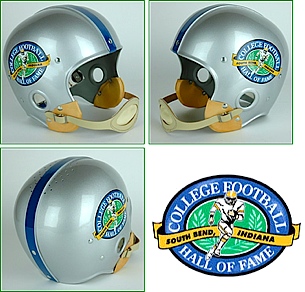 So some kinda big news up on the homefront. The college football Hall of Fame will be moving from South Bend, Indiana to Atlanta. Word on the street is that the Cathy's of Chick-fil-A fame are putting up quite some money for the facility.  One reason for the move is that there was limited foot traffic in South Bend (Duh! What is in South Bend anyways????)

Business executives and local officials are believed to be working to secure the InterPark lot at Centennial Olympic Park Drive and Harris Street as a potential site should College Football Hall of Fame executives decide to move it to Atlanta.

InterPark, a subsidiary of GE Capital Real Estate, owns the lot next to the American Cancer Society Center. The lot stretches from Centennial Olympic Park Drive to Williams Street. It is directly across the street from the park.

If the college hall relocates to the site, it would fortify the Centennial Olympic Park area as a center of tourist attractions. The InterPark lot is proximate to the Children’s Museum, World of Coca-Cola and Georgia Aquarium. The National Health Museum also has said it would consider sites adjacent to the Olympic Park.

I drove up to Notre Dame in 2007, but never actually went to the Hall of Fame. I was a college student and too cheap to pay the admission so unfortunately I can't say if it's awesome or not. However, if the Hall wants to increase foot traffic, this is a good move. With the CFA Kickoff and the Peach Chick-fil-A Bowl here, the city brings in the fans and the people.

Has anybody ever been to the Hall of Fame?