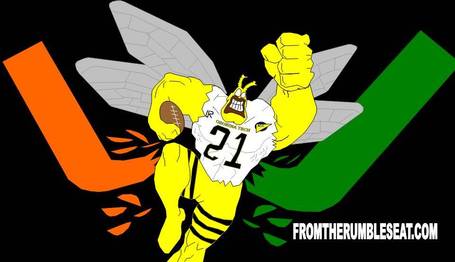 Locations: Winfield/Dane in Miami watching the game amongst bikini clad Miami chicks. Bird will be on the sidelines coaching JV then watching second half at home on the 15 inch tube tv.

Beverage of Choice: Winfield/Dane will be drinking Sweetwater seasonal ales mixed in with some ABC. Bird will be drinking the hose water from a small South Carolinian high school football stadium.

Food of Choice: Winfield/Dane will be eating swordfish mixed with fried cattle egret. Bird will not be eating and if he does, it will be something small and cheap from a gas station on the way home after the JV game.

My third person is finished. Give 'em Hell Tech! Beat the piss outta the Canes!